Here are the top 5 regular cell phones to get if your getting a new cell phone for ATT, in the “free with contract” to $250 price range. Ratings provided from the Editor reviews at www.cnet.com . Pricing information is provided from the ATT Website www.wireless.att.com . 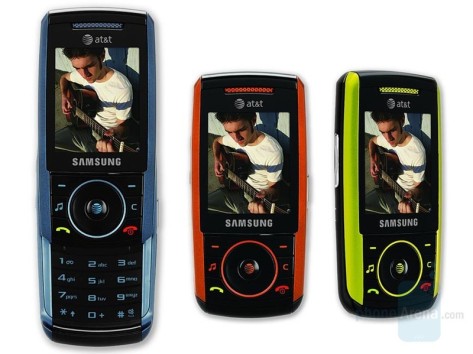 Some notes…. prices for phones are pre-plan choice and tax and just phone with standard 2 year contract…. more than the 3 mentioned above in the 3T. numbers have a rating of 7.3 on Cnet click on the following link to see all phones listed under ATT on Cnet (phones listed are also “smart-phones”- phones running Windows Mobile, Blackberry, Mac OS X, Symbian, and Palm):

Some phones were not rated yet by Cnet and are out now, like the LG Shine and Samsung SLM, also not all phones are rated by Cnet…some phones are rumored to be receiving updates in the new year, and according to a post on www.engadget.com, one of those phones are the Razr 2 V9 which might be receiving Video Share among other features when an updated edition is released. Also mentioned in several reports including one from ATT’s CEO Randall Stepenson, is that an updated iPhone will be released with 3G capability, this is worth mentioning in order to watch if the current iPhone price goes down into this range of $250 or below, and goes without the special contract needed for use without unlocking the phone…..

I use a Razr 2 V9, a phone which I have had for about 2 months, and I am very pleased with it in terms of calls, music, and texting, though remember the phone you choose is up to you and that choice may vary on your budget, type of style and phone, intent of use among anything else you take into account. This list is just here to give you an idea of the phone so you understand what your getting and so that your shopping experience will be easier (both for you and your parents).

UPDATE– LG Shine (silver, slider phone, 2 Megapixel camera with flash, ATT 3G, ATT Video Share, MP3 Player) and the Samsung SLM (flip phone, 2 Megapixel camera, ATT 3G, ATT Video Share, ability to download music straight to phone, MP3 Player) were reviewed today by Cnet. The Shine which is priced at $149.99 received a 7.7 out of 10, the SLM which is priced at $129.99 and available in blue and black received a 6.7 out of 10 from Cnet.