Blackberry Storm Out Now for Verizon! 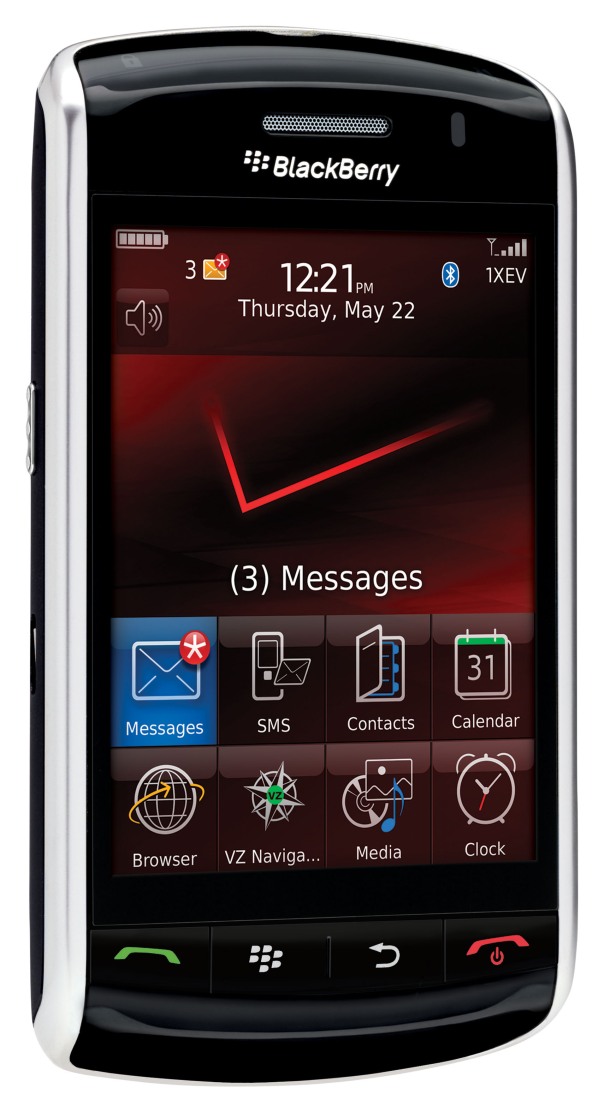 Those of you on Verizon waiting for the first ever touchscreen Blackberry Storm to come and challenge the touchscreen champ – the Apple iPhone 3G – finally have your day.

Yup, Verizon has finally let this one out for $199 on a 2 year contract and special Blackberry plan (similar to the deal for the 8 GB iPhone 3G). On a smaller note, the Storm includes an 8 GB microSD card in the box.

The early reviews of this phone aren’t 100% positive (see Cnet.com’s here which also has a video review). The “clickable” touchscreen is supposedly something that demands a real learning curve, but we’re curious to hear what you think from those who do get the Storm.

For a full recap of the Storm’s features see our previous post here.

What you waiting for! Go run down to your local Verizon store and pick one up if you’re so inclined (and we mean run because the rumor is supplies are very limited).

Also let us know in the comments what you think of this phone- is it worth the money, are you better off going for a LG Dare, Motorola Krave or LG Voyager or another Verizon phone altogether?