The Latest on 5 Upcoming T-Mobile Phones

We recently wrote about 5 upcoming phones for both Verizon and AT&T, and now were switching our attention to T-Mobile: if your a T-Mobile user, you should be really pumped right about now as you are finally looking to get some really nice phones great for texting. And we mean REALLY nice! So what’cha waiting for? Read on!

Ok, so like with the Verizon post, not all of these phones are guaranteed, but a lot are rumored to becoming real soon and the rumors around the web are pretty strong. 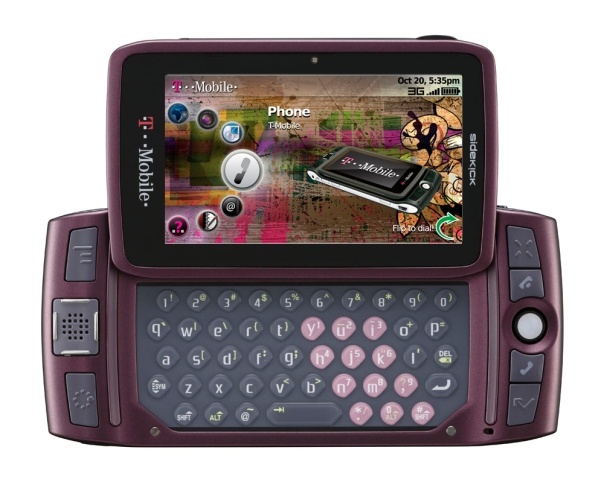 We wrote about this a little while ago, and T-Mobile the other day actually confirmed this to be coming on May 13th, so any hardcore texters should really wanna pay attention here– this is probably the greatest Sidekick ever. Check it:

The Sidekick LX (interesting that they gave it the same name as an earlier version of the Sidekick) will be available for T-Mobile for $199.99 after rebate on a 2 year contract on May 13th.

T-Mobile Touch Pro2 (notice the nice little arrow 😉 ) Click on the pic for a bigger shot.

Now this is an awesome phone. You thought the Sidekick LX was nice, wait till you hear bout this. This is the next version of the Touch Pro currently found on AT&T (known as the HTC Fuze), Sprint and Verizon, and it is way better.

This is the rumored successor to the popular Windows Mobile Standard (not touchscreen), QWERTY keyboard T-Mobile Dash. Keeping the same style and slim design, it packs a full QWERTY keyboard, GPS, 2 megapixel camera, Windows Mobile 6.1 Standard and WiFi, with the addition of T-Mobile 3G (a much-needed necessity). Not much else on this other than we expect to come for a pretty low price and that it  is rumored to launch on July 1st.

Wow a lot of T-Mobile’s phones are rumored to come from HTC! Now this phone is a little more mysterious. As we mentioned before, this is the next Android handset rumored to arrive to T-Mobile. Unlike the first T-Mobile Android phone, the T-Mobile G1 (out now for T-Mobile, you can find out more here), this phone is all touchscreen, kinda like the iPhone and Blackberry Storm for AT&T and Verizon respectively. We don’t know much else on this phone, other than it’s got 3G, runs Android and is all touchscreen. But if it’s like the upcoming European version, it will also have WiFi, a 3.2 or 5 megapixel camera, and a GPS. However, rumors on this phone are pretty strong that this should be coming soon to T-Mobile, and we’ll obviously keep you updated with anything more we find out.

5. Ok, so we know this doesn’t actually count as a phone, but a lot of Samsung phones are rumored to be coming soon to T-Mobile, but we don’t enough on any of them to report them here. We’ll let you know when we do.

Any of these phones catch your interest? Perhaps a new Sidekick LX or maybe a sweet lil HTC Touch Pro2? Say what you think in the comments.