← Review: Microsoft Zune HD
Need for Speed: Shift– All the Info You Need to Know → 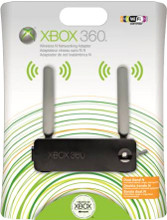 One of the big downsides to owning an Xbox 360 is the serious lack of built-in WiFi, and the fact that it’ll cost you usually at least $70 to be able to connect to the awesome Xbox Live using your WiFi network. While we don’t know if Microsoft has any plans to change that part of the 360 anytime soon, GameStop has posted online a new Wireless N WiFi adapter for the 360 for $100 coming November 3rd.

The big news here is that the Xbox 360 will be the first to use the latest high speed WiFi networks that are becoming more and more common everyday (wireless N is much faster and has a much better range than the older wireless G and B networks, and pretty much anywhere you look for a new WiFi router you’ll most likely find wireless N for a not too expensive price. I personally can’t wait for this; I currently use wireless N in my own house, and can’t play Xbox Live because the WiFi adapter can’t pick it up). This would also be the first of the next-gen systems to be able to use the next gen wireless N.

Unfortunately, Microsoft wants to again charge $100 out of the gate to get in on this, something I don’t know why they’re doing– especially because the Wii and PS3 still do have WiFi built in. Hopefully someone at Microsoft decides to make the smart move and drop this to a more reasonable number, because as much as I (and I’m sure any hardcore Xbox Live gamer) would wanna get this– there’s no way I’m willing to give Microsoft another $100 for it. You can pre-order it now from GameStop. 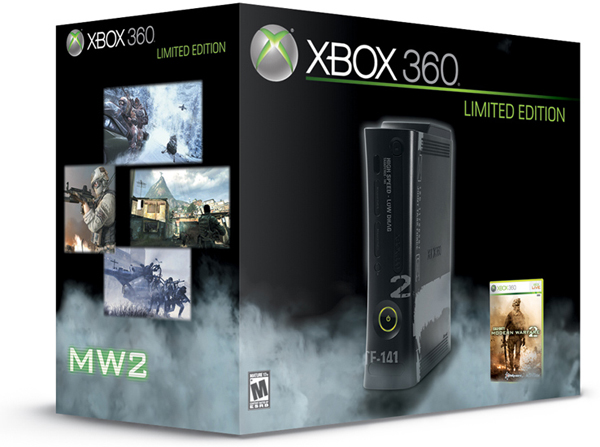 In other Xbox 360 news, anyone looking for a new 360 may wanna listen up here. Microsoft, along with Activision presumably, are planning a really sick 360 bundle to launch with the upcoming Call of Duty: Modern Warfare 2. How sick you may ask? For $400, you’ll be getting an Xbox 360 with a sick Call of Duty paint job, the video game itself, 2 black wireless controllers, and…. a 250 GB hard drive! Yeah, that’s right, 250 GB! It’s a pretty solid deal in my opinion (mainly for the 250GB hard drive, and the amount of games you could possibly save on that hard drive), and you can expect this to come out with Modern Warfare 2 on November 10th. You can also pre-order it now on Amazon.

Info from Joystiq and Engadget

← Review: Microsoft Zune HD
Need for Speed: Shift– All the Info You Need to Know →