Your Guide to All the Black Friday Deals

With Black Friday  just 1 day away, you gotta have a guide to the best holiday deals right? Well, listen up as we have rounded up all the best deals from stores like Wal-Mart, Best Buy, and Amazon.com for your viewing pleasure right here. Read on!

Want an HDTV to see the sweat on Kobe Bryant’s face? Ok maybe you don’t, but if you want to upgrade your television to HD then you can get a 32” inch LCD TV for $248.

Nintendo DSi Mario and Brain Age bundles. Nintendo and Amazon are bring out 2 DSi deals, one for the Mario lover, and one for the “grown ups.” Both go for $154.99 tomorrow, with the Mario bundle giving you a Blue Metallic DSi, and a bunch of games/DSi apps like Mario Calculator, Mario Clock, WarioWare: Snapped!, Mario vs. Donkey Kong: Minis March Again!, Dr. Mario Express. The “grown up” bundle drops the blue color and Mario for a white color and a bunch of more educational and intellectual games/apps like Brain Age Express: Sudoku, Brain Age Express: Arts & Letters, Brain Age Express: Math, Photo Clock, Clubhouse Games Express: Card Classics.

Need a netbook? Want Windows 7? Well Best Buy is offering a Compaq netbook with Windows 7 for $179.99.

You can get an Xbox 360 Elite 120 GB with 6 games free! This is the ultimate Xbox 360 starter kit for new 360 owners, not only giving you a 360 Elite, but also games like Lego Batman, Pure, Wall-E, Spider-Man: Web of Shadows, Sonic the Hedgehog and Tom Clancy’s Ghost Recon: Advanced Warfighter 2.

Best Buy also has a lot of sales on video games too. Brutal Legend, Madden 10, Need for Speed: Shift (for our review click here) are all down to $34. You can also get a PS3 with the new Ratchet and Clank, and the must have LittleBigPlanet also for $299!

If you need a cheap HDTV, then Target has you covered. They are offering a Westinghouse 32” inch LCD TV for $248. 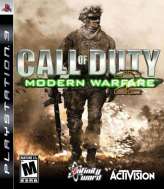 Target also has sales on video games. Hit new games like Assassin’s Creed II, and Modern Warfare 2 have $10 gift cards along with them, and Batman: Arkham Asylum, Need for Speed: Shift, and Halo: ODST are all down to $37.

Have fun, and happy holidays!