← Review: Motorola Debut i856 (Boost Mobile)
Is the Apple Tablet Coming Next Year? Why I Think (and Hope) So →

Ask TeensTalkTech: What Does "Unlocked" and "Jailbroken" Mean?

Ask TeensTalkTech is where we try to answer your questions on technology– from computer problems, to cell phone questions and everything in between. 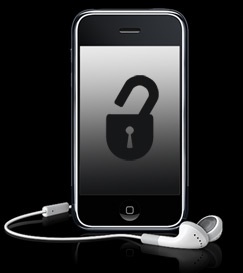 What does it mean to “unlock” your iPhone?

Here’s a question we’ve been getting a lot lately: “if I unlock my iPhone will it work for Verizon/Sprint? It should, right, because it’s unlocked?” Sorry anxious reader, just because your iPhone is unlocked doesn’t mean it will work for you on Verizon and Sprint.

First off, what is “unlocked”? The term unlocked, which you probably hear quite often — especially when talking about the iPhone — is “unlocking” the restrictions your carrier (in this case AT&T) puts on your phone to “lock” it to it’s network. Meaning, there is some special software in the iPhone and every other phone sold by its respective carrier that prevents you from just buying a phone and using it on a different network (like T-Mobile). Unlocking, also known as “jailbreaking,” is using other software to remove those carrier restrictions, allowing you to use your phone on whatever network you choose. In the iPhone’s case, jailbreaking also allows you to install apps and modify/hack iPhone settings that Apple doesn’t allow (either apps they rejected, like Google Voice or tethering/sharing your iPhone’s internet connection with your computer [which AT&T plans to soon bring to iPhone owners], or run apps in the background and really multi-task, etc.).

But we hate to be the bearers of bad news, but jailbreaking DOES NOT let you use an iPhone on Verizon or Sprint. As we explained in our cell phones Tech Terms post from way back (like in the very early days of when we first launched the site), AT&T and T-Mobile, as well as most cell phone carriers around the world, use a cell phone network known as GSM; Verizon and Sprint, on the other hand, use a competing technology called CDMA. CDMA has all the proper carrier information installed on a chip inside the phone (which is much harder for the user to get to as it is actually inside the phone), while GSM carriers use SIM cards to store that same carrier information allowing you to connect your phone to the network, something a user can easily swap between phones. Unlocking a GSM phone like T-Mobile’s myTouch 3G or the iPhone won’t allow it to work on a Verizon or Sprint because it doesn’t have the right chips inside to allow it to connect (this is the same reason why you can unlock an iPhone 3G or 3GS and use it on T-Mobile, but you’ll only get the slower 2.5G EDGE network instead of 3G–the iPhone doesn’t have the proper tech inside it to use T-Mobile’s 3G network). The same applies for phones like Sprint’s Palm Pre and Verizon’s Motorola Droid, if they don’t have a SIM card slot, don’t expect it to work on a different network like AT&T or T-Mobile.

1. There are some phones which Verizon and Sprint offer which have built in GSM as well as CDMA to allow you to use it abroad, including BlackBerry Tour, BlackBerry Storm, both the first and second Storm, HTC Imagio and TouchPro2 (the Storm and Imagio are only on Verizon). These phones can technically be unlocked and used on an AT&T or T-Mobile, though again, you’d only be getting EDGE not 3G.

2. Verizon plans to switch to GSM for it’s 4G tech called LTE, and they’re expected to begin the rollout of their 4G network sometime next year).

Hopefully this helped clear up some of these confusing terms. We know the truth hurts, but hey, there are many other solid phones out there beyond the iPhone, and who knows what will happen next year when a lot of people believe AT&T’s exclusive partnership with the iPhone is up (something that, just to clarify, is still a rumor, as neither Apple or AT&T have confirmed this).

We wanna know your thoughts: if you got an iPhone, did you jailbreak it? If so, you still on AT&T or have you switched to T-Mobile? Go on, speak your mind in the comments.

Got any tech questions you want answered? Anything you want clarified? We’re here to help– shoot us an email with your question(s) to eli@teenstalktech.com and we’ll try to answer them in a future post!

← Review: Motorola Debut i856 (Boost Mobile)
Is the Apple Tablet Coming Next Year? Why I Think (and Hope) So →