Is the Apple Tablet Coming Next Year? Why I Think (and Hope) So 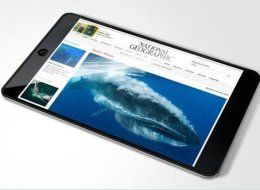 For the better part of this year (particularly the later half), a lot of talk has been going around EVERYWHERE– be it on blogs, news outlets, TV– about a new Apple Tablet device. Rumors depict a 9 to 10 inch iPod touch (including multi-touch, something no Mac has done before) powered by Mac OS X Snow Leopard, accompanied by an iTunes-like store for books, magazines and newspapers (to fight the Nook, Kindle and all other e-readers as well as “help save” print media).

We have never mentioned anything in previous posts about the Tablet, though the rumors have circulated for years now, primarily because the disussion appeared to to be grounded more in hope than in fact. But with recent increase and detail emerging about the theoretical device, I have joined the ranks of believers and am convinced that it is finally coming…. very soon.

So what has changed my mind so much that I really want a device like this and believe it’s coming so soon? A lot of things.

Over the past couple of weeks,  editors from some of the biggest newspapers and magazine companies have either mentioned some sort of Apple Tablet or major touchscreen digital reading device. We’re talking a mention of a “Apple Slate” from an executive editor from the New York Times, and a Time Inc. and Condé Nast demos of reading their magazines (in this case Sports Illustrated and Wired, respectively) off a larger multi-touch screen. Yeah, these guys are pretty big players to say the least. Here, check out SI’s demo:

As someone that reads SI every week, to have an experience like the one demoed– video clips, interactive layout, up to the minute scores, fantasy updates, news– as well as a cooler look that keeps the awesome pix and great articles SI is known for, this is just, wow. Seriously, this just blew me away. If what was shown in the video above is anywhere near the experience one of these devices offers, then sign me up on Day One. For those who doubt that the device in question is from Apple, notice the similarities between the demo device and the iPod touch, as well as the pop up windows when talking about managing your fantasy team and Kurt Warner– observe the blue scroll bar strongly resembling the Safari browser? Giveaways of an Apple Tablet, in my opinion.

There is also talk that Apple is in discussion with book publishers to get their content on this device, and the infinitely more flexibility and features expected to be available on it make this a far more appealing choice than a Kindle or Nook.

Patents, Trademarks and other legal stuff

Like any high-tech, new product, the Apple Tablet is sure to leave a paper trail of patents filed over the years for the various technologies it employs. Indeed, among the tons of patents Apple files for its vast reservoir of new ideas, patents indicative of a large Apple touch device have traveled the internet over the past few years, though recently they have been piecing together to potentially form very handy and diverse functions on such a tablet device. Look at this Gizmodo post of an Apple patent, and tell me it doesn’t look a teeny bit similar to the device used in the SI video. Particularly, look at how the SI video copies and emails a photo of Hideki Matsui and the last picture of the post with the the wheel. Look similar to you as well?

Notice the similarity between the wheels on the top and bottom. Both designed for use inside content (like scrolling or in SI’s case, sending out a pic)

And in respect to securing a trademark for the product’s final name, Apple just picked up the name “TabletMac”, which seeing, as there is no current Mac with touch capabilities, could very well be another point for the existence of the Apple Tablet.

There are many different rumors going around on what will truly be powering the Apple Tablet (or iTablet, TabletMac, whatever you want to call it). But whether or not Apple gives this the full OS X treatment, or just the scaled down one used on the iPhone and iPod touch, if it’s given such a large screen size and even decent power, you’re talking about a device excellent enough to serve as a portable computer. If built with an Intel Core 2 Duo processor, a 160-250 GB hard drive or solid state drive, a 9 or 10 inch multi-touch screen, key features like 3G (with some rumors saying the device will be on Verizon; others, AT&T) and all your other standard laptop parts– you’ve got a sleek, sick portable Mac. I know I’d be more than happy to use as my regular computer and take to school everyday (especially considering its the support for books, magazines and newspapers, it might prove the perfect school device).

Change the Core 2 Duo processor and Snow Leopard for a processor that is like/faster than the iPhone 3GS’s and runs the iPhone OS with all it’s apps, and again– perfect device for school and travel. Sleek, slim and just another device that would be perfect. Oh, and look at this patent which seems to be a handwritten “notes”  recognition application Apple filed:

Apple patent for handwriting recognition using you a pen to take write on screen (perfect for notes). (From Engadget)

Speaking of Snow Leopard, one of the things quietly updated in the latest Apple OS was the onscreen keyboard, which, well take a look for yourself:

There are tons and tons of rumors on what this mythical Apple Tablet is, and if/when it will launch and for how much. My personal thoughts/wishes? Soon. Apple is know for making BIG product announcements in January (*cough* MacBook Air, iPhone *cough*), and well this is a HUGE product if it is even a fraction of what we’re all thinking of. And hey look at that, January is just a month away.

Price? That I personally can’t even come close to guessing, since the hard core specs on what this will be (a bigger iPod touch, a tablet MacBook?) are so up in the air. But, lemme just say, if Apple prices this, as some are suggesting, in the below $1000 range, your gonna wanna save up and hold on tight to that holiday gift money– you will really want this.

Ok, so there’s my thoughts on the mythical Apple Tablet, and keep checking back as we’ll make sure to keep you up to date on the all the latest news and info. What do you think this Apple Tablet will be? You think it will even happen or is this just some widespread rumor based on some Apple fan’s dream? Would you get one? Let us know in the comments.