The Future is Now: Sprint Announces the HTC Evo 4G 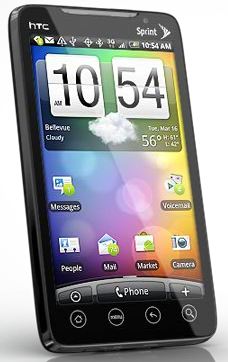 We figured this was on it’s way, and today Sprint and HTC made it official. The first 4G phone is coming to the US this summer in the HTC Evo 4G (aka the rumored HTC Supersonic) and wow is this insane–like blow your mind insane.

I mean look at these specs:

Taking a video with Qik on the HTC Evo 4G

And of course– built-in 3G and 4G! This phone has both, which means not only solid 3G coverage when you’re outside of the growing 4G coverage, but also for when you do have 4G– you can now make a call over 3G while at the same time browse the web over 4G (something you’ve probably seen of in AT&T’s latest ads. This is pretty big news in its own right).

For the first 4G US phone, I gotta say, HTC and Sprint look to have set the bar really high. This is the future of our cell phones– truly a computer in our pockets, and now finally with the 4G speed to let you do all you could want, wherever you want.

Unfortunately, we’re going to have to wait till sometime this summer for this bad boy to arrive (and Sprint hasn’t yet said the price for the phone or the plan, if there is a different plan required for the new 4G devices), but again– wow!

We will of course be all over this as more info comes out, but what you think– are you impressed with this new 4G phone? Will this be your new phone (and would you switch to Sprint for it)? Sound off in the comments.