Can the Tablet Replace the Laptop as the School Computer? 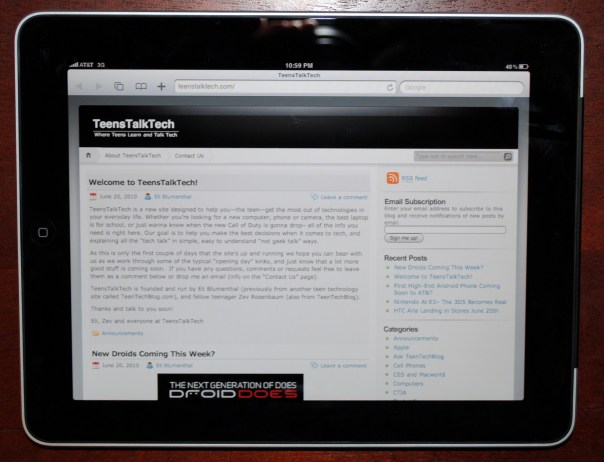 Ever since the iPad was announced back in January, I wondered if it and other tablets could replace the laptop as the computers in our daily lives, and in particular if they were in fact the perfect school computers. So I decided to put it to the test, and for the past few weeks I’ve been carrying around the tablet of the moment– an iPad WiFi+3G– to school in place of my laptop to see if it could live up to the challenge (I know, probably not the smartest thing to do with finals only a few weeks away….). What I’ve found out may surprise you. 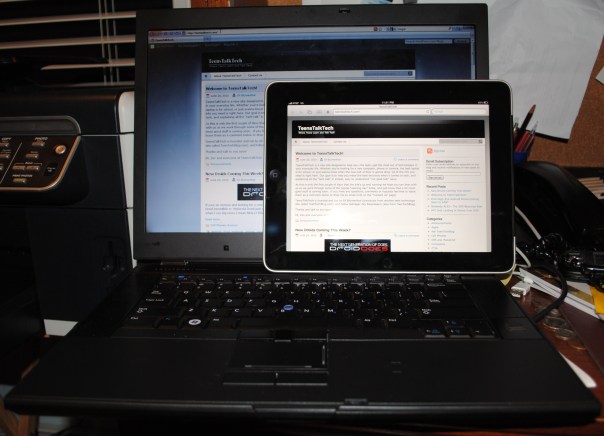 So my traditional school laptop is a Dell Latitude E6500 (seen above)– a computer with a 15 inch screen and an additional 5 pounds to my daily array of textbooks and other school work. It isn’t a bad machine, but if I could switch from that to something more than half the weight and size, almost 4 times more battery life (I usually get 2.5 to 3 hours on my Dell on a good day), all without giving up productivity–I’d do it in a second. 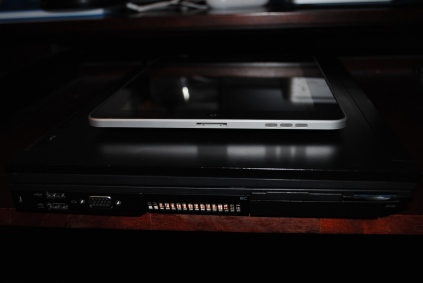 The iPad WiFi+3G met all of those requests, not only giving me the ability to not lug around a second large computer bag everyday along with my regular bag (seriously, look at how much thinner it is!), but also giving me the ability to go through a whole day without having to charge (I was constantly done with my school day, from about 9 to 6– I know it stinks– with at least 60% battery AND I’ve been on 3G all day) made this already seem like a perfect match. 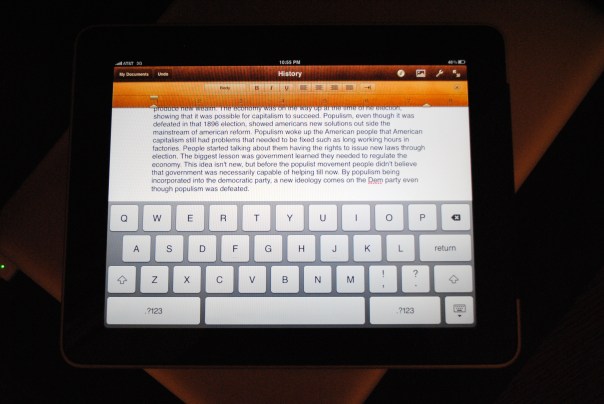 So sure the iPad is lighter  and smaller than pretty much all laptops, but can it’s no keyboard design, no multitasking OS actually allow you to, you know, work on it? I found that answer to be a resounding yes.

When I first started I was skeptical too– so much so that I took an Apple Bluetooth keyboard with me in the event the onscreen one was too hard to use. After downloading the Pages app ($10 from iTunes) and beginning to work, I found the iPad to be great for work, and I’m talking about just using the onscreen keyboard (in landscape mode– the portrait mode’s keyboard was impossible for me to use to do anything but type in say a website. It’s just way to small and cramped). If you want you can of course connect a Bluetooth and type on it like a normal laptop and it works great there as well (though if you do, spring for a case with a built-in stand like Apple’s $30 iPad case, this way you can prop it up and make using it a whole lot easier). But that onscreen keyboard really blew me away. It’s spaced like a normal keyboard, and I soon found myself only after a couple of classes being able to type as well as on my laptop, even “touch-typing”– or typing without looking at the keys– and not making many mistakes. It really was that great and easy to use. And when I let friends try to type (that’s another thing about the iPad– everyone wants to try it, so brace yourself for the first couple of days after you get it), they too were shocked at how easy it was to use and do real work on.

And as for multitasking, Apple’s A4 processor more then made up for it. I was zipping in and out of apps with hardly any loading time needed (great for switch between ESPN on Safari or a game and notes). I did though find myself hoping it would open Pages quicker after coming off a game or Safari (like when a teacher walks by and you need to quickly switch back. Thankfully it was pretty clutch and loaded in just in time). Overall, it was more than sufficient and the best part is it’s only getting better.

This is by far the biggest thing a tablet like the iPad has going for it– the thousands of apps available and the constant improvements of iOS. For example, Apple said we can expect an iPad update to iOS 4 in the fall– meaning that the multitasking issue will soon be a no issue all together. And of course, there are also all those apps. 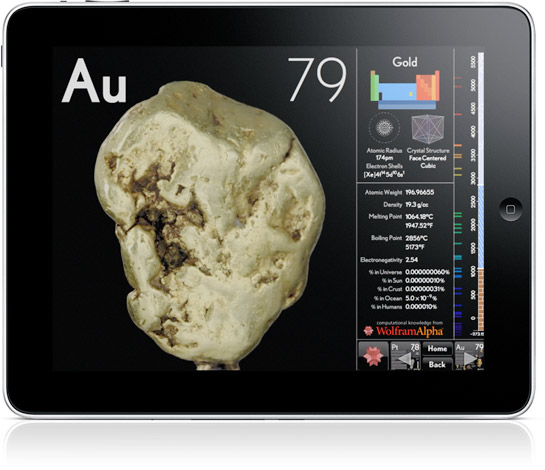 Between the iPhone and the iPad’s apps you can truly found something for anything. For TV, the ABC player is incredible and crystal clear– both over 3G or WiFi. Sports? You can hop onto ESPN (which has made their normal site “iPad friendly” so it’s like the normal ESPN you’d see on your computer) or download apps like the MLB At Bat ($14.99) app for say following baseball, or the popular SportsTap (free) for whatever scores in whatever sport your looking for.  Music? Pandora for iPad is perfect and works just like you’d expect. School? Again, perfect. iBooks and similar apps like Amazon Kindle or the Barnes and Noble eBook app pretty much give you any book you can imagine (or have to read), and reading off the iPad was surprisingly nice and easy. There also are apps like 3D Brain, The Elements: A Visual Exploration ($13.99, seen in the pic above from Apple), Molecules, and Quick Graph that turn your iPad into a portal for information in any subject.

Oh, and of course there are the Apple made apps like YouTube and Safari that together give you pretty much the full web and everything it has to offer.

True, there are a lot of faults with tablets today (and on the iPad in particular– like no printing support built-in, that lack of a webcam, and the fact that it gets so many fingerprints it’s not even funny!), and I’m not sure anyone would be comfortable yet writing long term papers on it instead of on a normal laptop; but when it comes to using it in school everyday, in my opinion it’s a dream come true. Small, light, and easy to use– the perfect triple threat for a school computer, and I really am considering picking one up in the fall and using it year-round as my school computer instead of lugging my laptop around everyday.

What do you think though: is the iPad and other tablet’s lack of a keyboard mean it can’t work in school? If you’ve seen and played with an iPad– be it at a friend, in an Apple Store or if you bought one yourself– do you think you could use it in school? Let us know in the comments.