← Guitar Hero: Warriors of Rock to Have Story Centric Quest Mode
The Teens Guide to Back to School: Tips for Buying a New Computer– The Basics →

Just in time for the beginning of the Back to School shopping season (something we’ll have covered down to the smallest details over the next couple of weeks to make sure you head back to school with all the right tech), Amazon has announced an updated version of their very popular Kindle.

This 3rd generation Kindle comes with a whole bunch of updates and improvements to help it put up a better fight with some competing eReaders on the market (*cough* iPad *cough*), and while I’m still not sure it is better than a Barnes and Noble Nook or iPad, Amazon has made the choice between the three a lot tougher.

So what’s new in this latest Kindle? A lot actually. 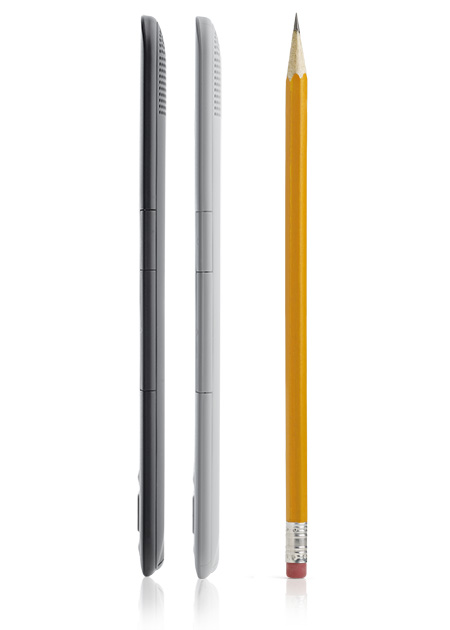 The Kindle also come in a couple of different variations– either WiFi only or WiFi+3G connectivity options and a color choice of gray or white (with gray being the new default color and I gotta say, looks pretty nice. The white variant is only available on the WiFi+3G models for now). Yes the WiFi is new here and without question great to have and as with all prior Kindles, there is no contract or monthly fees to use 3G (which runs on the AT&T network)– which is now even more useful with that built-in browser. And with the no-contract WiFi+3G version being only $50 more than the WiFi only model, we really think it is the much stronger choice here (unlike the iPad where the difference between the WiFi and WiFi+3G is $130).

The new Kindle starts at $139 for the WiFi only model and $189 for the WiFi+3G version when it comes out on August 27th, and you can pre-order both now on Amazon.

Here’s our big question: Kindle, Nook or iPad if you’re looking to get an eReader for school this year? Each has their pluses and minuses– and we’ll have a post covering all of this and other back-to-school tech soon– but in the meantime with this new Kindle announcement, which one would you use? Sound off in the comments.

← Guitar Hero: Warriors of Rock to Have Story Centric Quest Mode
The Teens Guide to Back to School: Tips for Buying a New Computer– The Basics →