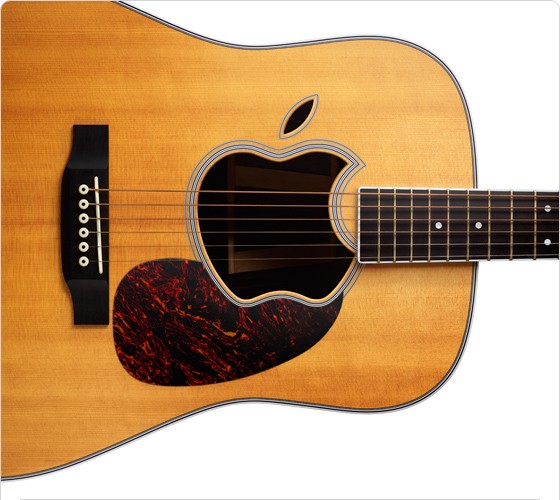 Remember how a couple of weeks ago we wrote about how Apple might be planning to release some new iPods soon? Well, get ready as they may be coming next week. Today Apple sent out invites (see the pic above) for yet another “special event” they’re hosting next week (September 1st), and as we can clearly see from the “Apple Guitar” this event (like all previous September Apple events) looks to be iPod and media related.

So what can we expect? New iPod Touches are pretty much all but confirmed, and there’s a ton of rumors going around about them packing those dual cameras for FaceTime as well as a Retina Display and Apple A4 processor like the iPhone 4. An update to the Apple TV is also gaining strong in the rumors, particularly that it will now be running its own custom version of iOS with no hard drive built-in (the current Apple TV has 160 GB built-in)– instead relying on an all new streaming music and video service for content (this is yet another item gaining a lot of strength on the rumor wire, with the talk being that Apple is releasing their own 99 cent movie and TV show rentals as well as some form of streaming music service from iTunes to your particular iDevice of choice).

What does all this mean to you? If you plan on buying a new MacBook for school and getting the free iPod you should probably hold off on it for just a few more days— as that deal runs until September 7th and this event is on the 1st. And if you’re going for a free iPod Touch you may as well get the latest and greatest right?

Remember to check back next Wednesday for our complete breakdown on whatever it is that Apple reveals.