← Apple Unveils New MacBook Airs– Is This the End of the Plastic MacBook?
Doritos + Hungry Gamer = Madden ’11 in 3D →

So we covered the new MacBook Air, but what about everything else Apple introduced? Well, we’ve got that fully covered here. Apple was pretty busy with a whole bunch of other cool stuff, including that new iLife ’11, the next version of OS X called Lion, and even the announcement to bring FaceTime to the Mac. We’ve got the whole thing covered for you after the break, so read on!

This is the first of the new Apple software announcements were gonna cover, and if your into music, movies or photos you’re really gonna like this. 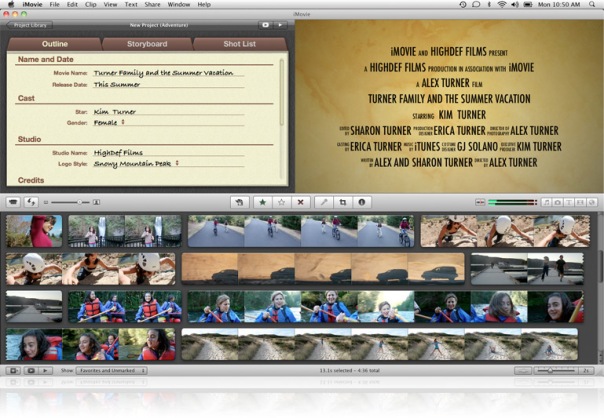 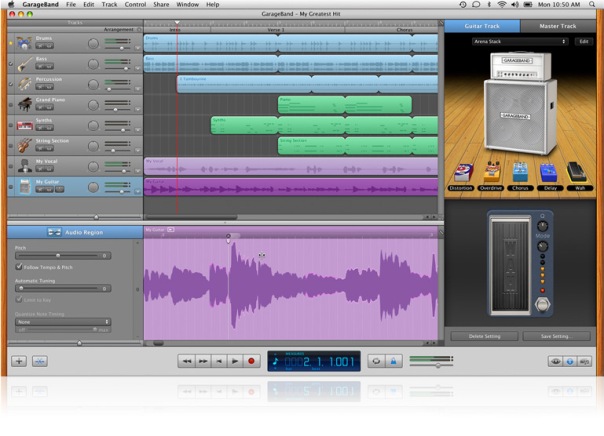 That’s iLife ’11 in a nutshell, and as you can see, it really is pretty amazing– especially when you consider the fact that it ships free on all new Macs and only costs $49 if you want to upgrade your current iLife to the new version ($79 if you want a family version to put on up to 5 Macs. And if you bought a new or certified refurbished Mac from the Apple store or online store between October 1st and the 19th it’s only $6.99. See here for more info on that). iLife ’11 is available now from Apple.

This is probably even more impressive than the new iLife, and that’s saying something. As expected, Apple showed off their next version of OS X, officially called Lion, and wow does it look to have some roar (pun completely intended). As we were hoping prior to the event, Apple brought a lot of cool new features to the table here, including bringing iOS to the Mac. Well, kinda.

Apple didn’t actually bring iOS into OS X, instead think of it as taking some features and bringing them over. 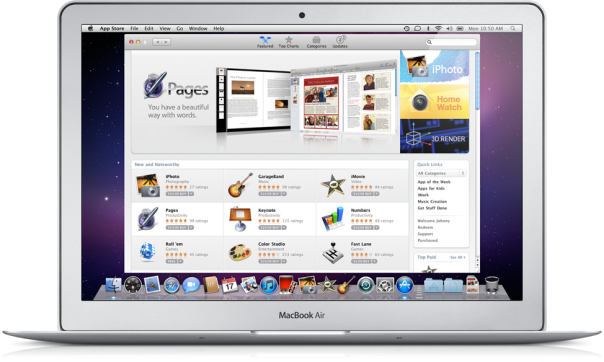 The Mac App Store on the new Air

Apple also had one other thing we wanna talk about– FaceTime for the Mac.

FaceTime– now also on the Mac

Now get excited, but not too excited as there is still a lot of work to be done before this is truly ready for primetime. Available now in a public beta (meaning it’s just a test version and not final), FaceTime for Mac does pretty much what you’d expect– allowing you to FaceTime from a Mac to any iPhone 4, 4th gen iTouch or even another Mac from your Mac. Now when we say that when there’s a lot of work still to be done we mean it. In our brief tinkering with the new app, it’s nice and works pretty well but not without a few issues. For one, the app is its own app not a new part of iChat, so still no video chatting from your iPhone to your friends on AIM or Google Talk that use iChat. The app also picks up all your contacts in your Mac address book, meaning that it pulls in everyone and not just those who have a FaceTime account. But hey, it’s a nice start and we’ll see what Apple does before they take it out of beta.

Mac OS X Lion will be available next summer, and from what we’ve seen, Apple is clearly not about to give up the Mac to focus on iOS– and that’s a really good thing.

← Apple Unveils New MacBook Airs– Is This the End of the Plastic MacBook?
Doritos + Hungry Gamer = Madden ’11 in 3D →