← Planning on Upgrading to a Sprint BlackBerry Anytime Soon? If So You Better Hurry
New Info on Four New BlackBerrys Leak, Look Awesome! → 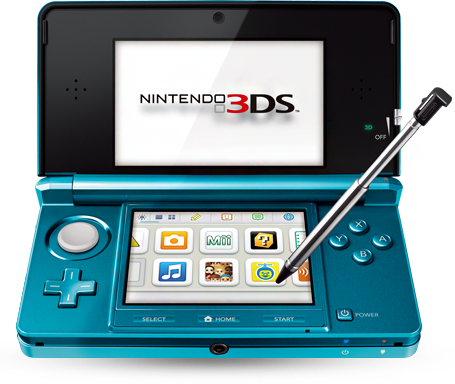 After over a year of wishing, waiting and  watching from afar Nintendo’s highly anticipated glasses free 3DS is finally almost here, taking a crucial step to finally being in your hands with an official announcement of a price and release date. The best part? That rumored $300-$400 expected price is actually HIGHER than what the real price is, a solid $249.99 when it comes out as was rumored, this March 27th in either blue or black.

But price wasn’t all Nintendo let out of the bag, read on for all the details on what’s new in the 3DS.

So what else is new that we can expect from this dual screen, glass-free 3D portable beast that we didn’t know back at its unveiling last summer at E3? For one, there will be 30+ 3DS ready launch games according to Nintendo available on or very near the 3DS’s launch date (between the March 27th date and E3 2011 in June). And we’re talking some pretty impressive games for whatever type of gamer you are– sports, hardcore, casual, it’s all here. A couple of titles to look forward to: Madden NFL in 3D, Super Street Fighter IV 3D Edition, Ridge Racer 3D, Super Monkey Ball 3D, Resident Evil: The Mercenaries 3D, ﻿ ﻿ Nintendogs+cats— and these are just a handful of the games you’ll be able to play in full 3D, and all look pretty sick. For the full list of the games, with a whole bunch of pix and clips, see Nintendo’s site here. Oh, and there will also be a game store on the 3DS for downloading and playing classic Nintendo games.

There also are major improvements to the DS software on the 3DS, with a whole bunch of new features including:

An example an AR Game

All in all, the 3DS is looking like a very solid next-gen portable video game system that looks to really not just take on the iPod touch in portable gaming but bring handheld gaming in general to a whole new level.

What do you think: does this look like something you’d want or are you holding out for a PSP Phone, PSP2 (which rumors are picking up on again and we may see soon, but then again, this is the PSP2 which has been in the same rumor stage for the last 5 years…)  or will you just go now for an iTouch 8 GB for $229? Let us know in the comments.

For more info on the 3DS see Nintendo’s site here.

← Planning on Upgrading to a Sprint BlackBerry Anytime Soon? If So You Better Hurry
New Info on Four New BlackBerrys Leak, Look Awesome! →