← The Teen Review: AT&T HTC Inspire 4G
Is This The Droid Incredible HD for Verizon? →

Ask TeensTalkTech: What’s The Difference Between the iPad and iPad 2?

Ask TeensTalkTech is where we try to answer your questions on technology– from computer problems to cell phone questions and everything in between. Have any questions of your own? Either comment below, email us at ask@teenstalktech.com or tweet us (@teenstalktech) and we’ll try to answer them in a future post!

With the iPad 2’s launch upon us we’ve been receiving tons of questions on what the differences are between this new second generation and the now much cheaper original iPad. Is the iPad 2 really worth it? Well, before you go out to wait in line for hours this weekend read on to make sure you know exactly what you’re waiting for. 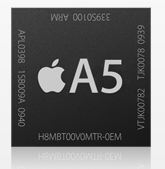 The first iPad, as Apple was adamant to point out in the iPad 2’s introduction, was no slouch in the speed department. We gotta agree. I’ve been using the first iPad for months and even with some heavy multitasking this thing is pretty quick and very responsive.

That being said, the new iPad 2 looks to be double the speed of the first iPad and by that we mean it will be blazing fast. Specs wise the iPad 2 has a dual core 1 GHZ next-gen Apple A5 processor and most probably 512 MB of RAM (Apple didn’t confirm this but seeing as this is what the iPhone 4 has we’re sure the iPad 2 does as well)– in other words its double what the iPad 1 had (which was a 1 GHZ single core A4 processor and 256 MB of RAM). Everything on the iPad 2– multitasking, browsing the web, watching videos– should be much faster on the iPad 2 than on the iPad 1, particularly whenever Apple releases iOS 5 which should take better advantage of some of the iPad 2’s improved power (if we had to guess, this should be by the summer if previous years are any indication).

If you want things to be as fast as possible (or plan on using a lot of GarageBand or iMovie) then the iPad 2 is your tablet. Satisfied with just fast and are mainly just browsing the web, watching YouTube or writing some notes in Pages? The first iPad should be more than enough for you.

Another big boost on the iPad 2 is gaming. Not only do you have those improvements to processor and RAM, but also a better graphics chip which combined should make gaming performance and whopping 9x better than the first iPad. Throw in the gyroscope (for more precise gaming controls like on the iPhone 4 and latest iTouch) and you’ll have a gaming beast that will make your old iPad look completely outdated when playing 3D games.

If you care about gaming (and we’re talking 3D gaming not Angry Birds) then the iPad 2 is for you.

This ones a lot more simple. You want to video chat or use Photo Booth? Your only choice is the iPad 2 with its dual cameras.

At 8.8 mm thin (thinner than the iPhone 4!), 1.3 pounds light (compared to the iPad 1’s 1.5 pounds) and with a much sleeker design the new iPad 2 should be much more comfortable to hold while traveling than the first iPad. That being said, as someone who personally travels with the iPad to school everyday it’s pretty thin and light in its own right and pretty great for travel.

If your really cramped for space than obviously the slightly thinner iPad 2 is better, but it’s not that much smaller.

As you can see there’s a lot in the iPad that’s different but there are also a few major similarities. For one, the screen— for better or for worse– is the exact same size and resolution as the first iPad. Sure some people wished that this would be updated to a more “Retina Display” like the iPhone 4 and latest iTouch, but it looks like that will have to wait for the iPad 3. Both iPads also will be able to run all the current iPad and most iPhone apps from the App Store (like iWork as you see in the pic above), and both feature the same amazing 10 hour battery.

Is It Worth It?

If your buying a tablet for the first time we’d recommend going with the iPad 2 over the first iPad. It’s not just a better, more powerful iPad, but also looks to be one of the best tablets of the year (and is better equipped for whatever Apple adds in iOS 5 whenever that comes out). But if you already have an iPad should you upgrade? This is a much tougher question which we hope we helped answer above. Personally as a first-gen iPad owner I’m holding off for now. My current iPad does everything I need and more and while the new one is awfully nice, it’s not completely tempting me enough to want to line up to get it the first day (though that may change once I see it).

So here’s the question: did you buy the iPad 2, the first iPad at the cheaper clearance price, or are you waiting for one of the other tablets coming this year? Let us know in the comments.

← The Teen Review: AT&T HTC Inspire 4G
Is This The Droid Incredible HD for Verizon? →