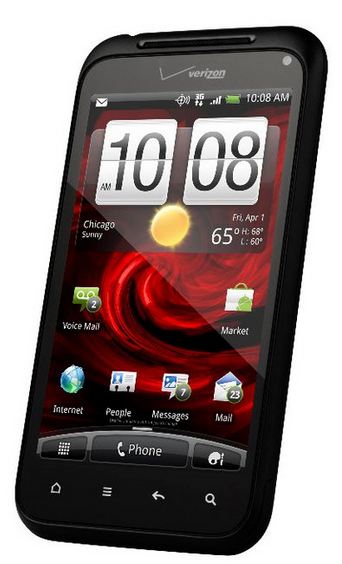 Want a sick new Droid but don’t want to pay $300 for it? Well, if you’re willing to give up not having Verizon’s blazing fast 4G LTE for the next 2 years there looks to be a pretty awesome alternative to Verizon’s second 4G phone, the Droid Charge, that also just so happens to be launching tomorrow– the next generation of the insanely popular Droid Incredible.

As the rumors a few months ago said, this new Droid Incredible 2 looks to pick up exactly where the first Droid Incredible left off, with a sleek design and powerful specs. We’re talking a bigger 4 inch high-res screen (over the first Droid Incredible’s already nice 3.7 inch), 1 GHZ processor (also an upgrade as this is the latest and great 1 GHZ processor from Qualcomm— the company who makes the processors– so you should expect not just better speed, but better battery life as well), 8 megapixel back camera with flash, face detection and 720p HD video recording AND 1.3 megapixel camera on the front for video chat (which you can do over WiFi), noise cancellation (for better sounding calls). On top of all this runs Android 2.2, but hopefully we’ll see an upgrade to Android 2.3 Gingerbread coming sometime soon after launch (though nothing has been said about this yet).

All in all, at a much more affordable $199.99 with 2 year contract and $29.99 unlimited data plan, Verizon is making sure there is a great new Droid for pretty much anyone— even if this one lacks 4G support (on the bright side though, this will probably get better battery life than the Droid Charge because it doesn’t have that power-sucking 4G chip inside it).

You can pick up a Droid Incredible 2 tomorrow, April 28th, at your local Verizon store or online at Verizon’s site.