← Lenovo Announces the IdeaPad K1 Android Tablet– The First Android Tablet With Netflix
Looking For Textbooks For The Upcoming School Year? Then You Should Definitely Check Out Amazon →

Apple Updates The MacBook Air– What You Need To Know 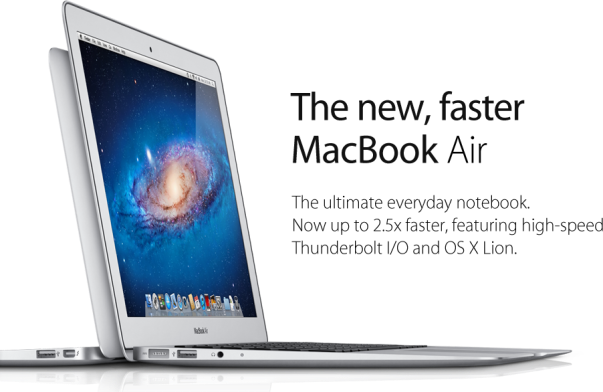 If you’re looking for a new computer this back-to-school shopping season and really wanted to go with a Mac we really hope you waited. As expected, Apple didn’t just launch Lion today, but they also announced some pretty major updates to its MacBook Air that should make it a much better choice as your next computer.

We got all the details for you below, so read on.

As we all know, the MacBook Air is one of the thinnest and lightest laptops out there, and is great for travelling with everyday. The biggest issue we had with last year’s big MacBook Air update was how it was still using Intel’s Core 2 Duo processor, a much older and slower processor compared to today’s new blazing fast i5 and i7 processors that you find in the MacBook Pro and most Windows computers. But even with that Core 2 Duo we have to admit, that older MacBook Air was still pretty fast when it came to getting work done. And if it was fast then it’s going to be insane now that it finally gets those new Intel processors.

Now you’re probably wondering what the heck this all means to you and what the big differences are between an i5 and an i7 and a Core 2 Duo? Basically, in these new processors you can expect: faster speeds when doing everything (they’re just much faster in general), better battery life (thanks to Turbo Boost which gives you more power when you need it– like when you’re multitasking or gaming, and less when you don’t– like when you’re just checking Facebook or writing a paper), and better graphics (so everything from Facetime video chatting to movie watching to gaming will look and play much better). Yeah, and for the same prices its a pretty great upgrade. 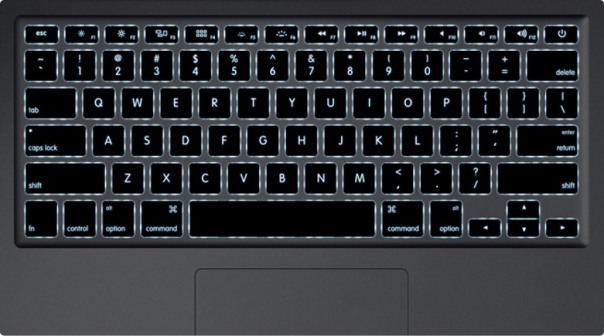 The new MacBook Airs also now come with stereo speakers, a backlit keyboard (something which was really missing from the last Air), and a Thunderbolt port (this is Apple and Intel’s next generation of USB and should make transferring things like movies or songs from your computer to your iPhone or iPod take seconds not hours. Right now there aren’t that many products that make use of this, but we expect more to be available by the end of the year). And you of course also still have that great battery life (5 hours on 11 inch, 7 hours on 13 inch– same as last year’s but this is a much faster computer) and Facetime camera.

All in all, it’s a solid update (we love the faster processors but wish the 128 GB of storage was standard on the $999 Air) and if you’re looking for a new Mac for school, you should definitely check these out.

← Lenovo Announces the IdeaPad K1 Android Tablet– The First Android Tablet With Netflix
Looking For Textbooks For The Upcoming School Year? Then You Should Definitely Check Out Amazon →