File this under major rumor. Today a few leaked cases hit the internet supposedly showing off the iPhone 5’s major new design. And while this is only a rumor, you know what– we actually can see this as being real. But before we get to our thoughts, let’s get to the rumors.

These new cases from a respected case manufacturer called Case-Mate. Apparently earlier today someone at Case-Mate put up a page on their website very clearly showing off iPhone 5 cases, and while we could only see the back, the cases do match up with all those earlier rumors of a much thinner design and larger camera (the page by the way has now been pulled). 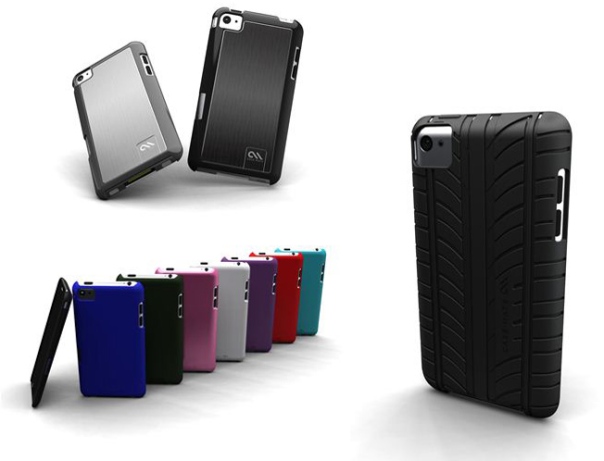 Now here’s why we really can see these rumors as being legit. With the iPhone 5 rumored to be coming next month (the CEO of one of France’s biggest carriers seemed to confirm that today, saying it’ll be coming October 15th), and Apple said to have already begun making hundreds of thousands of these new iPhones in China each day (something they’d need to start doing now if they were launching worldwide in October. We’re talking millions of phones here that take much more than a few days to make), it only makes sense for Apple to pass along info to case manufacturers and accessory makers so everyone can have everything ready whenever Apple finally does release the iPhone 5. And that someone of the who knows how many companies involved in making the iPhone 5 or its accessories would leak something like this (or post it early by mistake) is not that crazy of an idea at all.

So yeah, this still may not be the iPhone 5 (there are still some rumors saying it’ll just be an updated iPhone 4 with pretty much the same iPhone 4 design), but we would not be surprised at all if it is.

We’ll of course keep you updated as more iPhone 5 info comes out, so stay tuned– something tells us that with all these leaks and big rumors an official iPhone 5 announcement is very close. In the meantime though, what do you think of this possible new iPhone 5 design?