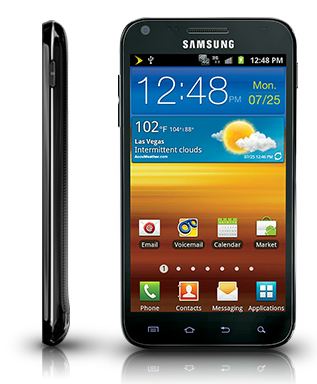 If you’re on Sprint and were waiting for the Epic 4G Touch (aka Sprint’s version the Galaxy S II Android superphone) then today is you’re lucky day. As promised, Sprint has finally released the Epic 4G Touch today and it’s now available for you to order for the standard superphone price of $199.99 with new 2 year contract and data plan.

For those who don’t know, the Epic 4G Touch is one of the most powerful 4G Sprint phones yet, with impressive specs like a 4.5 inch Super AMOLED Plus screens (like AT&T’s Infuse 4G. Basically, everything and anything you view on it will look insane), 8 megapixel back camera with 2 megapixel front camera (for higher quality video chatting), ridiculously thin design (it’s literally pencil thin!), the latest and greatest Android 2.3 Gingerbread with Samsung’s latest TouchWiz 3.0, 4G, 16 GB of built-in storage, and a super fast dual-core 1.2 GHZ processor (so you should never see any freezing or lag even when doing intense things like multitasking or gaming).

We haven’t yet had a chance to see the Epic Touch 4G in person but we have used its European cousin (which is pretty much the same as Sprint’s version but is simply called the Galaxy S II) and we gotta say– this looks to easily be up there with the Photon 4G and EVO 3D as one of Sprint’s top phones today and is definitely worth a strong look if you’re looking for an awesome new Sprint phone.

For more info on the Epic 4G Touch check out Sprint’s site here.