← Is T-Mobile Also Getting The iPhone 5 Next Month?
All Things D: iPhone 5 Announcement Coming October 4th → 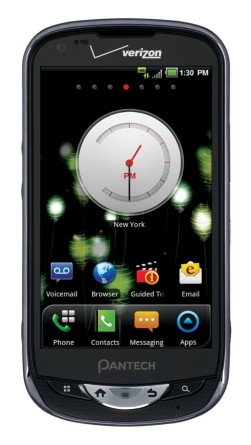 Sure Verizon’s 4G LTE phones are crazy fast– truly giving you the speed of your home internet wherever you are– but until now they’ve also been crazy expensive, starting between $250 and $300. That all looks to change this Thursday, September 22nd, when Verizon releases their fifth 4G LTE phone: the Pantech Breakout.

On the surface the Breakout looks like any other 2011 Android phone, with solid specs like a 1 GHZ processor (more than enough for multitasking and some decent gaming), 4 inch screen (while not as nice as the Droid Charge or Droid Bionic’s 4.3 inch screens, it’s still pretty solid and should be more than enough for enjoyably watching YouTube videos and browsing the web), the latest Android 2.3 Gingerbread, and a 5 megapixel back camera with a second front camera for video chat. Now while this clearly isn’t as powerful as Verizon’s other 4G LTE phones, the Breakout does have one major advantage over them– that awesome price of just $99.99 with new 2 year contract, data plan and $50 mail in rebate. If you were looking for a solid Android phone that could go on Verizon’s blazing fast 4G LTE network– and you don’t want to spend $200-$300 on a phone– then this is definitely for you.

For all the info on the Breakout see Verizon’s site here.

← Is T-Mobile Also Getting The iPhone 5 Next Month?
All Things D: iPhone 5 Announcement Coming October 4th →