← Apple Updates The iPod Touch…. With A White Version
Thank You, Steve →

Is This BBM On Android? 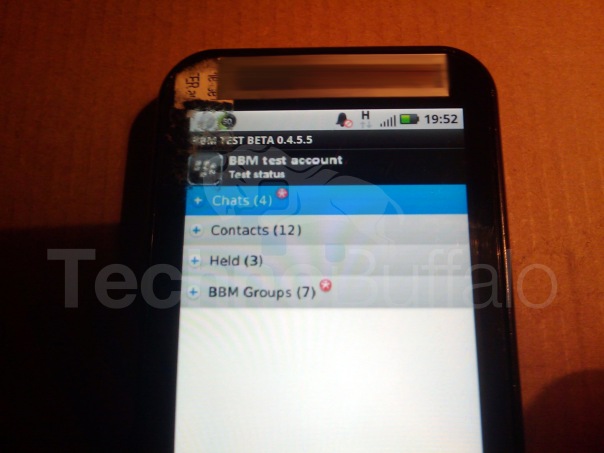 We all know that Apple is bringing their own version of BBM to the iPhone next week with iOS 5 and iMessage, but from the looks of this, RIM (the makers of BlackBerry) is about to make a big move of their own: bringing an official BBM app to Android. That’s right: real, official BBM— on Android. 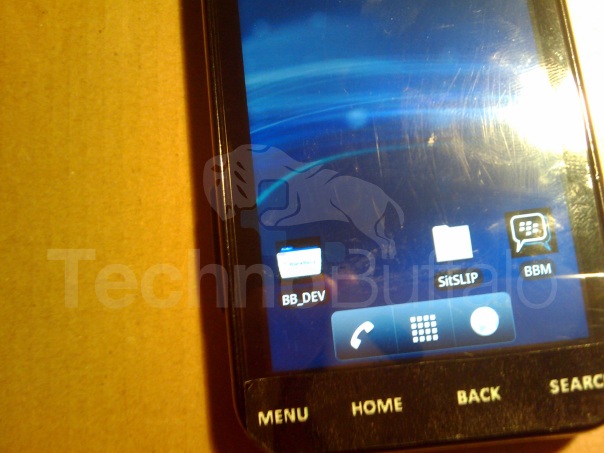 If you remember, we heard a rumor about this earlier this year (along with rumors of an official BBM app for iPhone) but these are the first pics we’ve seen of what BBM would look like on something other than a BlackBerry. And while these pics may very well be fake and Photoshopped (there have been a lot of fakes floating around online over the last couple of days), they look pretty real to us and make sense with everything else we’ve previously heard about RIM working on bringing BBM to Android (and the fact that it’s on a phone that actually looks like a RIM Android test phone– with its sticker Android buttons and BB_Dev folder on the homescreen– makes us further believe that this really could be legit).

Obviously details like exact features (rumors are this may be a “BBM-lite” with the full BBM experience being available only on real BlackBerrys) or when we can expect the app to be officially announced are still not known, though TechnoBuffalo— the site that leaked the pics– says it could be announced as soon as October 18th-20th at BlackBerry’s DevCon conference.

We’ll of course let you know more as we hear it, but assuming this is true– and BBM officially comes to Android– would you ditch your BlackBerry and go with a new ‘Droid instead (or better yet– would this make you want to get an Android over the iPhone for your next phone?)? Let us know in the comments.

← Apple Updates The iPod Touch…. With A White Version
Thank You, Steve →