Back To School 2012: Why You Should Hold Off On Buying That New Computer 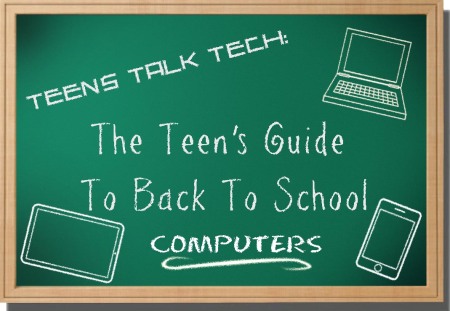 With school right around the corner and back to school shopping in full swing, it’s very tempting to go out and buy that new computer, phone or tablet. Stores such as Staples, Walmart, Amazon and Best Buy are all strongly advertising their back to school and Labor Day deals (in addition to the usual deals from Microsoft and Apple).

But while the deals may be great, we think you really might want to hold off on dropping a lot of money on those new gadgets. You see, the technology industry is right now in state of major updates. Pretty much every group of device– from Windows and Mac computers, to iPhone, Android, and Windows Phone, to the iPad and Kindle tablets– are due for major upgrades over the coming months. And when we say major upgrades we mean major upgrades.

Seeing as there’s a lot to cover we’re gonna break this into multiple posts over the weekend. Let’s start with computers.

On October 26th Microsoft will release Windows 8, their latest version of the Windows operating system. Though unlike all previous Windows versions, Windows 8 will look and run very differently from today’s Windows 7 PCs.

One example of this new change is that the traditional Start menu will now be the center of your computer, similar to the homescreen on a smartphone or tablet. The old Windows desktop will still be  around, but it will now mainly be used for running older apps (such as older versions of Office, iTunes etc.). New apps, which can be downloaded from the new Windows Store app store, will run directly from the Start screen.

With Windows 8 Microsoft wanted to create one system to be used for both touchscreen tablets and traditional mouse and keyboard PCs. And while this new way works well with both, Windows 8 does work a lot better with touchscreens, so you may be better off waiting until October to buy a new Windows 8 tablet that will be both a tablet and regular PC when it’s connected to a keyboard dock. Many manufacturers such as Lenovo, HP, Dell, Samsung, Sony and even Microsoft themselves are planning new computers just like this.

The benefits to waiting for Windows 8 tablet/laptops can be great, as not only would you get the portability and excellent battery life of tablet, but you’d also get the full power of a Windows PC for under $1,000.  For students, this has the potential to be the ultimate school machine (and to make things even better, there are strong rumors that Microsoft may price their Surface tablet at just $199. Microsoft has yet to officially announce any pricing details for the Surface).

The downside, however, is that October release date. Still, as much as we’d all like to start school with the latest technology, the delay would only be for about two months.

And Microsoft isn’t the only one planning for some major updates in October.

While Apple updated their MacBook line just a few months ago, there may be another big upgrade coming in October. The biggest announcement Apple made when they unveiled their new MacBook line was the all new 15 inch MacBook Pro with Retina Display. Not only did they make the Pro Air-like thin, but that new Retina screen is absolutely incredible. It is without a doubt is the best screen we’ve ever seen and while you may think that’s not a big deal, it is. While the current MacBook screens are by no means bad, the future is in the Retina Display. You’re buying this computer for the next few years and as more and more apps are designed for this new screen it will become even more valuable.

Of course that new 15 inch Retina MacBook Pro isn’t cheap. That Pro starts at $2,000 with Apple’s student discount, but hopefully that will change soon. We’re not talking about a price cut (though that would be nice), but rather an update to Apple’s 13 inch MacBook Pro to this new Retina design. The 13 inch Pro has always been more affordable than the 15 inch Pro, and an update for this model is strongly rumored to be coming in October with the new Retina screen and possibly the thinner design.

All in all, whether you’re looking for a new Mac or Windows if you can, we recommend you wait. October is only a few short months away and trust us, these upgrades look to be worth waiting for. But if you can’t wait, check out our guide from last year for tips on how to pick a good new Windows 7 PC.