Verizon’s iPhone 5 Comes Unlocked, Will Be Able To Work Internationally Right Away 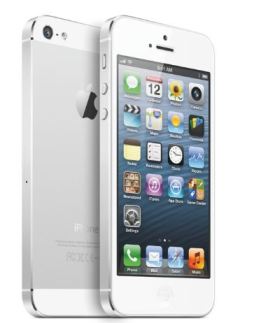 If you were looking into getting an iPhone 5 on Verizon but were waiting because you were planning to take a trip abroad you can stop waiting now. As the website iDownloadBlog found out today, Verizon iPhone 5s are shipping unlocked, meaning you can use it with any GSM network around the world— including AT&T or T-Mobile in the US if you so choose. All you have to do is swap out the Verizon nano-SIM with one from a carrier in the country you’re in and you’ll be all good to go.

Now a couple quick things to note. Not all LTE networks are the same and a phone that works on Verizon’s LTE network might not work on AT&T’s. This is because each carrier has their own frequency, or “bands”, on which to broadcast their LTE signal.  Some phone’s have support for multiple LTE networks (like the iPhone 5), others don’t. It’s the same reason why the iPhone didn’t work on T-Mobile’s 3G/4G network for all these years, it just didn’t have the right bands inside to use it (this is another reason why T-Mobile is changing their 4G network to a band the iPhone supports). So in this case of the Verizon iPhone 5, you’re only guaranteed to have 4G LTE on the Verizon network or in other countries with similar LTE bands like England, Germany, Japan etc. (as the Verizon iPhone 5 supports the 1, 3, and 5 bands those LTE networks use). The Verizon iPhone 5 won’t work on AT&T’s LTE network or the LTE networks in Canada (which use the 4 and 17 bands that the Verizon/Sprint iPhone 5’s don’t support).

If you’re planning on studying or travelling abroad check Apple’s site here to see which countries and carriers offer LTE for the iPhone 5.

Now don’t worry, this doesn’t mean you’re new iPhone 5 won’t work, it only means it might not have 4G LTE. Luckily, all iPhone 5s– both the AT&T and Verizon/Sprint versions– have support for many of the bands carriers around the world use for their fast 3G/4G HSPA+ networks (with the notable exception being the 1700 Mhz band T-Mobile uses for much of its current 4G HSPA+ network). This means that internet, texting and calling should all work fine.

We don’t yet know if the Sprint or AT&T iPhone 5s are also coming unlocked, or if Verizon plans to leave these unlocked, but we’ll be sure to let you know more once we do. In the meantime, check out this video after the break of a Verizon iPhone 5 working on AT&T’s 3G/4G network.