Black Friday 2012: Here Are Some Of The Best Tech Deals 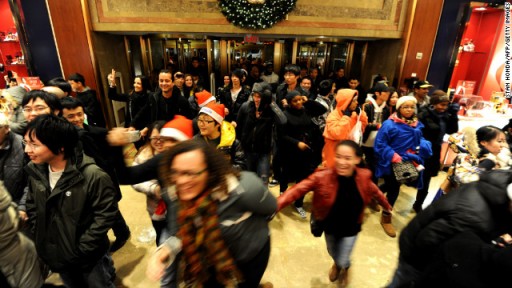 With Thanksgiving winding to a close, it’s time for the next big holiday, Black Friday. Whether or not you camp out tonight there are a lot of great deals to be had at a whole bunch of stores. We’ve got a few of the tech best deals we could find listed below.

Since there are so many deals out there at so many places we’re just gonna focus on some of the ones we think are best. We also will be grouping these by category instead of doing store by store.

Best Buy and Sears are offering some great deals on Toshiba TVs, with Best Buy is offering a 40 inch HDTV for just $179.99, with Sears offering a 50 inch 1080p TV for $299.99. Both are deals only available in store but they offer some huge savings and if you need a new TV these look to be excellent deals.

We could go on and on about TV deals (there are a ton of them), but for more deals on TVs see this list over at BlackFriday.fm. 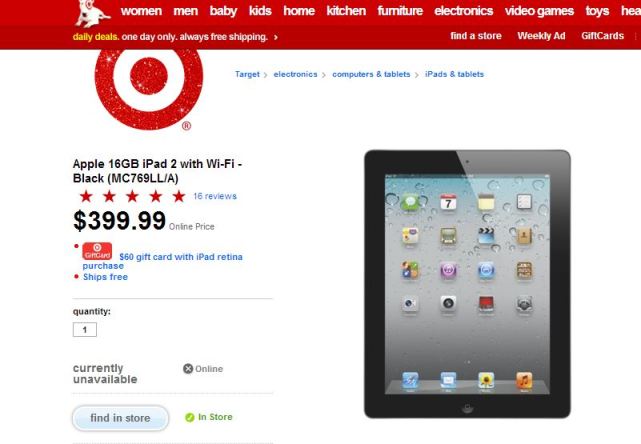 For tablets the deals aren’t as great as they are for TVs, but here a few good ones.

Apple hasn’t announced their Black Friday deals yet, but they are expected to have some deals for the iPad and iPad Mini.

Note: When buying a cell phone be careful with deals on old phones. There are a few big deals on the Samsung Galaxy S II, and while it’s a good phone, its over a year old and there are some really great deals on better, newer phones like the Galaxy S III. Remember, pretty much all phone deals will require a new 2 year contract. 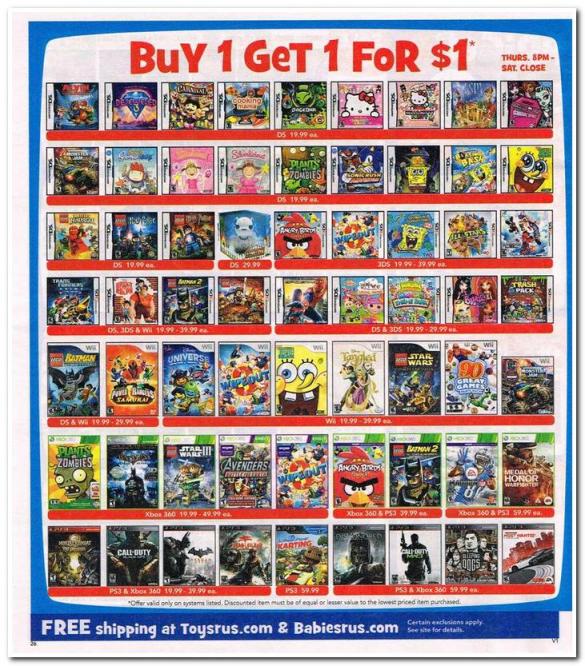 There are some really great deals for video games. Toys R Us is offering a deal of “Buy One Get One for $1” where you buy one game at full price and get a second game of equal or lesser value for just $1. Best Buy is also offering $25 savings on games like Madden 13, Assassin’s Creed III and Borderlands 2. TigerDirect.com is also offering Halo 4 and Call of Duty: Black Ops 2 for just $39.99.

With video games though we’d recommend being careful on spending too much on consoles with the exception of the Wii U. There are a lot of discounts on new Xbox 360 and PS3 systems, but there are very strong rumors that Microsoft and Sony will have new systems coming next year. You may be better off waiting. 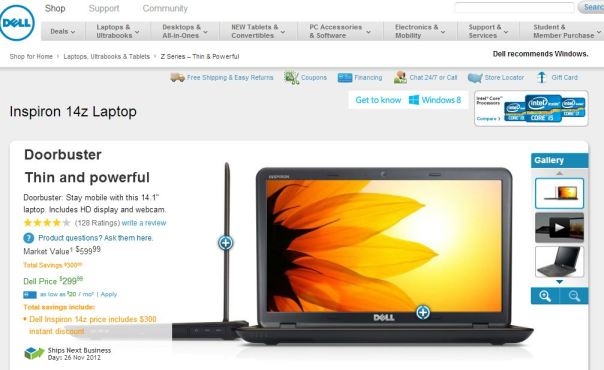 As we said above, Apple hasn’t yet announced their Black Friday deals so we don’t yet know what discounts will be on Macs. There are though some other big deals on Windows 8 computers.

There are a whole bunch of other deals but when looking for a computer be careful not to buy something just because its cheap. With a new computer we recommend something with specs like an Intel Core i3 or i5 processor, 4 GB of RAM and an 128 GB solid state or 320 GB hard drive, and 6 hours of battery. If you’re getting a Windows 8 laptop we also really recommend trying to get one of the new ones with a touchscreen as Windows 8 is really much better with touch.

These are just a few deals but we hope they help. If you find any good ones let us know in the comments. For a list on a whole bunch of tech deals see this post on Gizmodo and this one from CNET.

Good luck out there and happy Black Friday.