← T-Mobile CEO: The iPhone Will Be Coming In 3-4 Months
Sony Exec Teases A Big PlayStation Announcement Coming In The Next Few Months– Could It Be The PlayStation 4? →

The Latest In BlackBerry 10 Rumors: Carriers, Release Dates, And More

As we get closer to Research In Motion’s big BlackBerry 10 unveiling in 15 days, more details have begun to leak out as to what we can expect in the new BlackBerry 10 phones. Over the last few days in particular we learned a lot about BlackBerry 10, so here’s the latest.

The most important new information that came out about BlackBerry 10 is this, carrier support. In terms of which carriers will be getting BlackBerry 10 phones we have some really good news– AT&T, Verizon, Sprint and T-Mobile have all announced that they will be selling BlackBerry 10 phones. This means that no matter which of the big carriers you’re on, you should not have a problem finding a new BlackBerry 10 phone. In fact, Business Insider seems to have gotten pics of what the Verizon version of the all touchscreen Z10 will look like, as seen in the pic above next to an iPhone 4S. 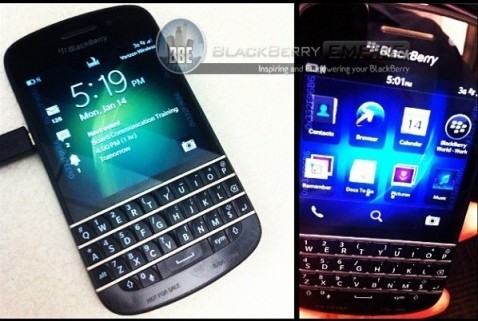 In addition to Z10, today the website BlackBerry Empire published a few more shots of the X10, or the BlackBerry 10 phone with a physical keyboard. This X10 also seems to be running on Verizon’s network, so it’s very possible that Verizon will be offering both new BlackBerry 10 phones.

Now as for when you can expect to be able to buy BlackBerry 10 phones, the rumors are bit less clear, with the possible dates ranging from February all the way to the end of March (according to TmoNews, T-Mobile may be launching the Z10 at the end of March). Regardless, the wait doesn’t look to be too long from that January 30th announcement. 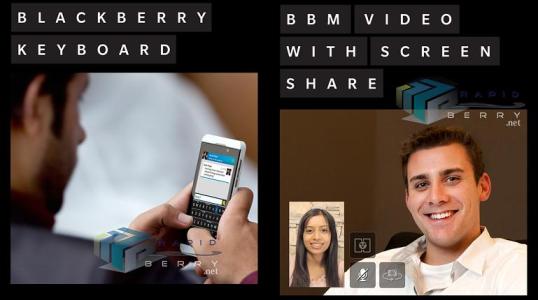 Stepping aside from the actual phones, there has also been some news in terms of BlackBerry 10 apps and software. According to some rumors floating around, BlackBerry 10 will launch with about 70,000 apps available on day one, including some big ones like Twitter and Facebook. In fact, over the two days last week 15,000 apps were “ported” (brought over from another platform like Android, Windows Phone or iOS) to BlackBerry 10 as part of a “portathon” BlackBerry was running. No word on what the ported apps were or how many will be approved for the App World, but its a good sign none the less. And as far as official BlackBerry apps go, it looks like BBM Video Chat is now pretty much a lock for BlackBerry 10, if there was ever any doubt.

For more info on BlackBerry 10 check out our earlier post here. As always, we’ll keep you posted on any new news about BlackBerry 10 that comes out between now and the big reveal.

← T-Mobile CEO: The iPhone Will Be Coming In 3-4 Months
Sony Exec Teases A Big PlayStation Announcement Coming In The Next Few Months– Could It Be The PlayStation 4? →