For most of 2013 Verizon has been pretty quiet on the new phones they’ve launched. But that all looks to change very soon. If you’re on Verizon and have an upgrade coming up sometime over the next couple of weeks or months these are some of the best phones either already at Verizon or rumored to be coming to Verizon very soon. The last thing you want is to go out and buy something only to really regret it a week later. 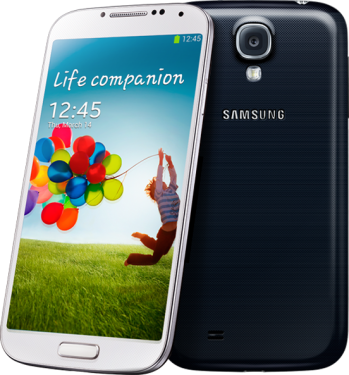 Last year the Galaxy S III raised the bar for what Android phones should be, and with the Galaxy S4 Samsung had their work cut out for them to top that success. From all the reviews online and our own limited time with the phone we can say they’ve done it.

Specs wise the S4 is a 2013 superphone. It’s got a 5 inch 1080p HD screen, powerful quad-core processor with 2 GB of RAM (for excellent speed), 13 megapixel back camera with 2 megapixel front camera for HD video chat, IR blaster (for using this as a TV remote), and of course, NFC  (for doing things like tapping your phone to share things) and 4G LTE support.

As with other 2013 superphones like HTC One, an equally important part of Galaxy S4 is its software. The S4 runs the latest version of Android, 4.2 Jelly Bean, and Samsung has added a lot of interesting features on top of Android like Dual Camera (for taking a picture with the front and back camera at the same time), Group Play (for combining the speaker of your S4 with your friends’ to make for an impromptu sound system), S Translator and Air Gesture (for controlling your phone just by waving your hand). These are just a few of the new software features on the S4, and while they may for the most part be gimmicks, at the very least they are cool enough to show off to your friends.

While the Galaxy S4 is already out for T-Mobile, AT&T and Sprint, Verizon users have a little more time to wait. The Verizon S4 is available for pre-order now, with a promised ship date of May 30th at the latest. Pricing for the S4 is $199.99 for the 16 GB version with a new two-year contract. 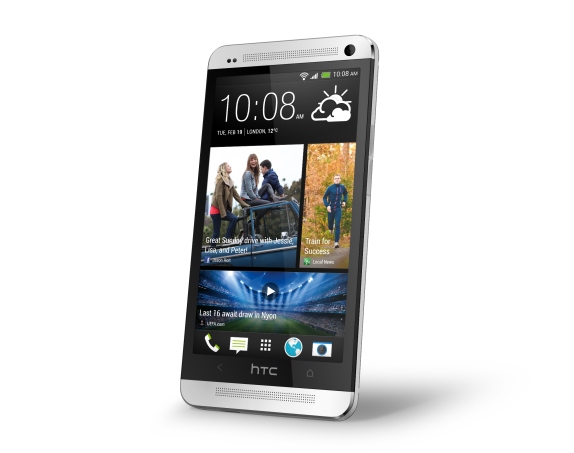 Ever since it was announced the internet has been buzzing about if/when the HTC One would make its way to Verizon (it’s already available on AT&T, T-Mobile and Sprint). With an incredible all aluminum design, gorgeous 4.7 inch 1080p HD screen, 1.7 GHZ quad-core processor with 2 GB of RAM (so everything– games, videos, Facebook etc– runs well even if you’re doing them all at once), Android Jelly Bean, NFC, 4G LTE, IR blaster (for using this as a TV remote), HTC’s new ultrapixel camera, and built-in Beats Audio support with dual front speakers it’s not hard to see why.

Verizon and HTC have been extremely coy with all the rumors, constantly pointing out the very good Droid DNA, which was announced late last year, is still sold on Verizon. The Wall Street Journal’s AllThingsD site reported back in March that the One would be coming to Verizon and would just be delayed a month or two due to Verizon testing the phone. If this is true and the One passes all of Verizon’s tests (Verizon is known to be really strict when it comes to testing new phones for their network), then hopefully we can expect the One to come to Verizon later this month as well. 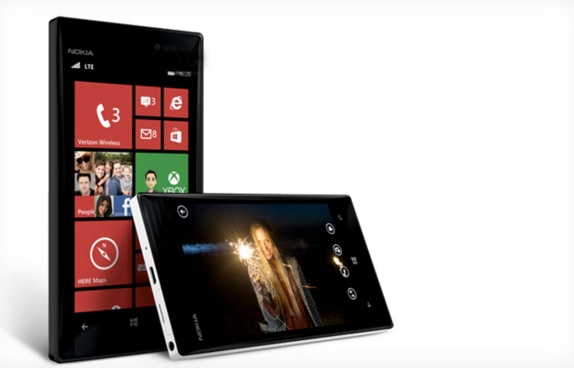 One of the most interesting new phones for Verizon is the Nokia Lumia 928. The Lumia 928 is basically Verizon’s long-awaited version of AT&T’s Nokia Lumia 920 that came out last year and runs Microsoft’s Windows Phone 8. Windows Phone 8 has been quietly improving to become a solid, colorful alternative to the iPhone and Android phones.

As we said, the Lumia 928 is pretty similar to the AT&T Lumia 920, and according to the rumored specs they are pretty much the same– 4.5-inch HD screen, a 1.5 GHZ dual-core processor with 1 GB of RAM (to make sure everything runs well), 8.7 megapixel back camera with that optical image stabilization (so that your photos and videos don’t look shaky), HD front camera for HD video chat, NFC, and of course support for Verizon’s 4G LTE network. The Lumia 928 is also expected to have support for wireless charging and the ability to use your phone even with gloves on (yes we know summer is almost here but this will help once things get cold again).

The main differences between the 920 and 928? Size. Nokia made the 928 much slimmer and lighter, a nice improvement as the biggest complaint with the 920 has been that it is too big.

We don’t yet know a price or release date or color options for the Lumia 928 (though based on the Lumia 920 we wouldn’t be surprised if there several colors available beyond just black and white), but Nokia has already begun teasing the phone on their website and are hosting an event next week where they are expected to unveil the phone. Rumors are that it will available a few weeks after that announcement. 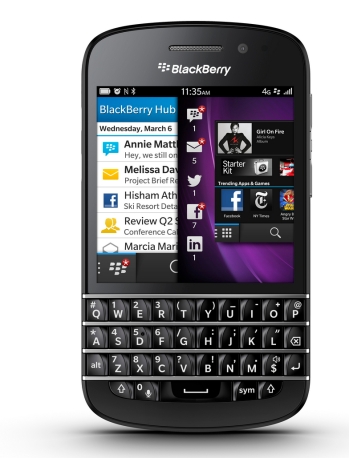 The Q10 is the BlackBerry 10 version of the popular Bold. It’s got a large 3.1 inch HD touchscreen on the top half of the phone and that famous physical BlackBerry keyboard underneath. Specs wise it’s pretty much the same as the Z10 with a dual-core 1.5 GHZ processor with 2 GB of RAM (so things run quickly and without lagging or freezing), 16 GB of built-in storage (with a microSD card slot adding more), an 8 megapixel back camera and 2 megapixel front camera for HD video chat, NFC, and 4G LTE support.  While BlackBerry still has a long way to go to catch up with the iPhone and Android, if you still love BBM or want a phone with a real keyboard this is the phone for you.

No price or release date has been announced for the Q10, though Verizon has announced that they will carry it. As with the other phones on this list rumors are Verizon will begin selling the Q10 sometime over the next few weeks as well. 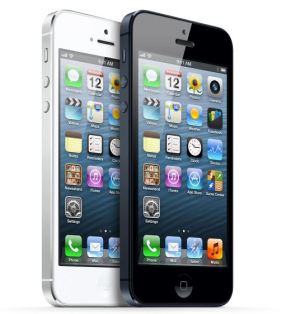 As we said in our AT&T Top 5 post a few weeks back, we couldn’t have any top 5 list without mentioning the iPhone. Yes it technically isn’t “new,” but it still is one of the best phones available on Verizon today. The 4 inch Retina Display looks great, the 8 megapixel camera takes great pictures, and the iPhone is only better with 4G LTE. Plus it has over 700,000 apps on the App Store (and the fact that many of the most popular apps– like Angry Birds, Instagram and Snapchat– make it to the iPhone first before any other platform). Apple has already said not to expect new products until the fall, and if you really need a new phone and can’t wait for any of the other phones on this list, the iPhone 5 is still an excellent choice.

The iPhone 5 is available now starting at $200 for the 16 GB version with a new 2 year contract.

So there you have it– the latest on some very impressive upcoming phones that should hopefully be arriving at a Verizon store near you in the next few weeks and months. As always we’re sure Verizon has a lot more planned up its sleeve and we’ll of course keep you updated on whatever awesome new news they announce.

But we need to ask: what do you think? Are any of these new phones for you or do you are you planning to wait for something else (like the iPhone 5S/6 which may not be coming until later this year) before you make a decision? Let us know in the comments.