← Apple’s Closing In On 50 Billion App Downloads, And They’re Giving Away $10,000 To Celebrate
Now Is One of the Worst Times To Buy A New Computer →

BBM Is Finally Coming to the iPhone and Android This Summer– Do You Still Care? 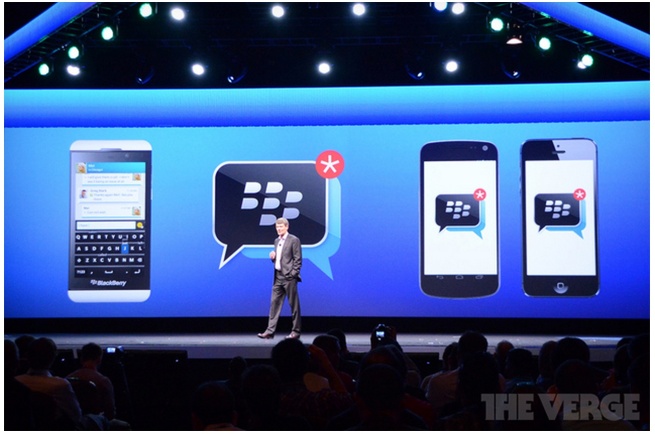 Well, after being rumored for years BlackBerry today finally made it official. This summer BBM will be coming to Android and the iPhone. The apps will be available for free and run on iOS devices running iOS 6 or later and Android devices running Android 4.0 (aka “Ice Cream Sandwich”) or later. Both apps will offer the full BBM experience including BBM chats, multi-person chats, the ability to share photos and voice notes, and participate in BBM Groups with up to 30 people. Features like BBM Video Chat, screen share and voice chat are promised as updates for later this year.

Now while two years ago when BlackBerrys were still popular this would have been huge news, today we gotta ask if BBM coming to non-BlackBerrys still actually matters to you. Between iMessage, WhatsApp, Snapchat, Kik, Facebook Messenger and the dozens of other free messaging apps out there today, the appeal of BBM just isn’t as strong as it once was. Think about it, how many of your friends still even use BBM? I know most of mine don’t, or if they do they also use some other app like WhatsApp as well.

We’ll have more on BBM once it launches this summer, but in the meantime let us know your thoughts on the news– and if you even care about BBM anymore– in the comments.

← Apple’s Closing In On 50 Billion App Downloads, And They’re Giving Away $10,000 To Celebrate
Now Is One of the Worst Times To Buy A New Computer →