Happy belated New Years! After a crazy 2010 (particularly for gadgets– see iPad, Kinect and EVO if you want some proof!) 2011 is finally here. Along with the new year comes the annual Consumer Electronics Show (CES), which showcases a lot of the new tech we’ll see this year.

So what can we expect? A whole lot of tablets and phones to start, including a ton of 4G phones (as we’re already starting to see BEFORE the show even officially kicks off) and we’re sure some other awesome stuff as well such as new PCs, and hopefully some TVs that finally ditch the 3D glasses.

So stay tuned— CES kicks off tomorrow, January 6th (officially tonight with the big Microsoft keynote at around 9:30 PM EST) and runs through the 9th. And while we unfortunately couldn’t make it down to Vegas this year in person, we’ll be following from afar and making sure to keep you updated with all the awesome things you’re going to want and need to know.

(Oh, and for all those wondering about Apple– like pretty much every year Apple won’t be at CES, but don’t worry, word is that they got an announcement of their own planned for later this month/early next month with rumors strongly pointing to an iPad 2 with cameras for video chat and a Verizon iPhone…).

It’s been awhile since Sprint last released a 4G phone– almost 5 months since their last one, the Samsung Epic 4G. Obviously with 4G getting even more popular (and competitive) thanks to Verizon and T-Mobile’s new 4G networks, we expect 2011 to be a huge year for 4G phones– and Sprint of course looks to continue its lead in 4G phones, announcing their 3rd 4G phone, the HTC EVO Shift 4G.

This phone is pretty much a mix of the wildly popular EVO 4G and Epic 4G, taking pieces from both and putting it in a nice, simple design. Specs include: 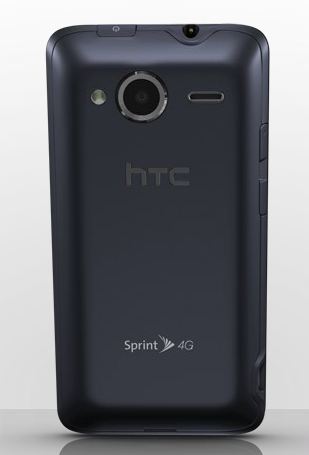 At $149.99 it’s the cheapest 4G phone at launch yet, though that $50 here does seem to be a big difference in what you’re getting when compared to the $200 EVO or even the $249 Epic– with both offering much more bang for the buck in their bigger screens, front cameras and faster processors. And with places like Amazon offering both of those phones for only $99.99 on 2 new year contract (see here for Epic and here for EVO. UPDATE: as commenter kweenb points out, when upgrading from a current Sprint contract, Amazon charges $179.99 for the EVO and $199.99 for the Epic— why we don’t know. The $99.99 price we saw is when buying either of the phones as a new Sprint customer. And if you are looking for an EVO, you may also want to check out Radio Shack, whose offering on upgrade an EVO for the same $149.99 as the EVO Shift 4G), we’d recommend you look there before going for this (that, or wait a couple of weeks to see if Sprint drops the price on this closer to that level).