If you’re looking for a new iPad, iPod or MacBook this holiday season you’re gonna want to listen up, as Apple just revealed their Black Friday deals. As expected there aren’t any major “doorbuster” deals to be found here, but there still are some solid discounts.

The MacBook line is where the big discounts happen. Apple has taken $101 off of each of their MacBook lines– the MacBook Air, Pro and Pro with Retina Display. Of course this brings them to the same prices you could get the rest of the year if you use a student discount, with the exception being the base 11 inch MacBook Air which is now $898 (it’s usually $950 with a student discount).

Apple also dropped the prices on their iPad Smart Covers and Smart Cases, as well as for their headphones , routers and wireless mice and keyboards. And no, unfortunately there doesn’t look to be any deals for the iPad Mini or iPhone 5.

You can check out the full list over at Apple’s site here. 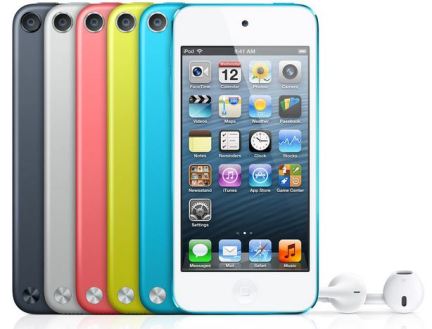 Last month Apple didn’t just take the wraps off of the iPhone 5, they also unveiled an all new iPod Nano and iPod Touch. The thing was though that Apple didn’t announce a ship date for these new iPods, only promising that they’d be out in “October.” Well, as we all know, we’re in October now and as promised Apple has begun shipping the new Nanos and Touches.

So what’s new with the new Nano and Touch? Well a lot actually. Both have gotten all new designs with some great new features. The new Nano ditches the old “watch” design in favor of one that is kinda like a mini-iPod Touch (though it doesn’t run iOS and doesn’t have access to apps). It’s now got a larger 2.5 inch multi-touch screen (which will once again be able to play videos), a new unibody aluminum design with the new Lightning port, and Bluetooth 4.0 for use with things like headphones and speakers. The Nano also keeps features like Nike+, Radio and availability in a whole bunch of colors. The Nano is available now in a 16 GB version for $149.

Now the iPod Touch is the iPod most of us are interested in and with its new update it has become even more like an iPhone without the phone. Or to put it differently it’s now like a mix of the iPhone 5 and 4S. 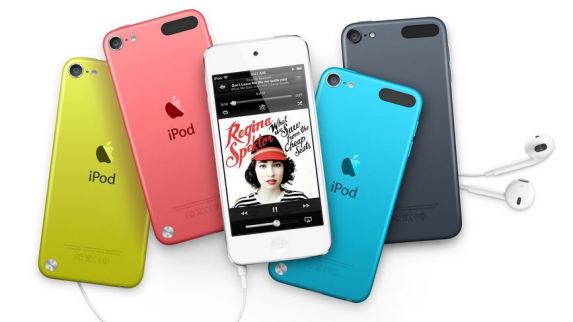 Design wise the new Touch is like the iPhone 5. It’s got an all new unibody aluminum design that’s even thinner than the older Touches (and like the Nano it now also comes in a whole bunch of colors) and it now packs the same 4 inch Retina Display you see on the iPhone 5. Inside however it more like the iPhone 4/4S with it’s A5 processor and 5 megapixel back camera (both major upgrades from the 4th generation Touch and with that new A5 processor things like gaming should be even better on here). And of course, the new Touch runs iOS 6. 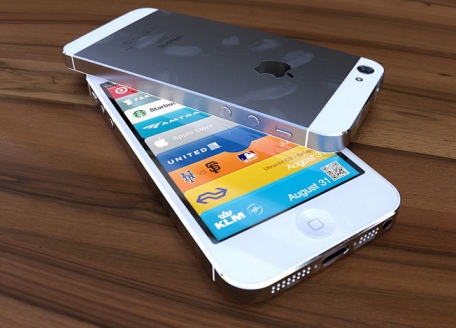 Apple’s big iPhone event is still a few hours away (it officially kicks off at around 1 PM Eastern, 10 AM Pacific), but it looks like some of the days surprises are leaking out a bit early. 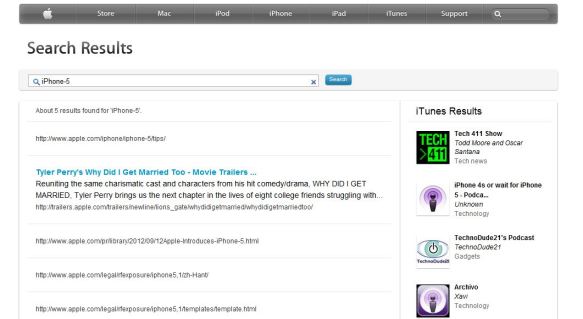 The internet is buzzing this morning as some searches on Apple’s site reveal links to pages for the upcoming iPhone 5, as well as for a new iPod Touch (with a new design and larger screen like the iPhone 5), Nano and iTunes 11. The links themselves aren’t live yet, so we still don’t know all the details on what’s new with these iDevices (though we have some guesses for what the new iPhone 5 will be). We do though now know one feature that will be in the new iPhone: 4G LTE. A quick search for LTE iPhone shows yet another not yet live link for LTE on the iPhone. 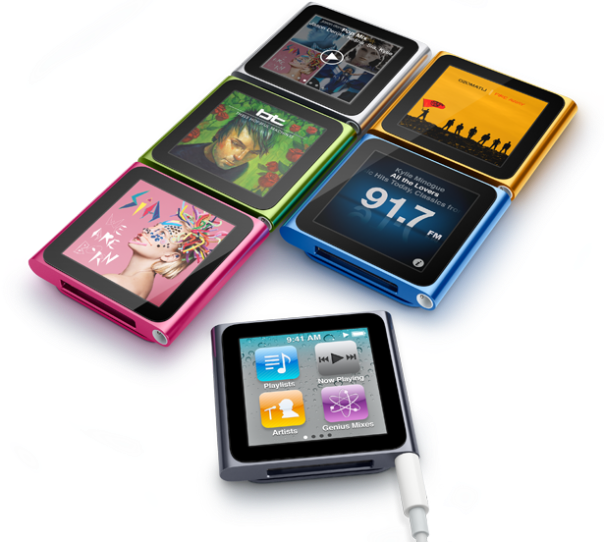 Waiting for those new iPods or the new iOS 4.1 for the iPhone/iPod Touch? Then today is your day as Apple has finally made both available, with the new iPods now available in Apple, Best Buy and other stores, as well as shipping between 1-3 days (the new Shuffle), and 3-5 days (the new Nano and Touch) from Apple’s online store. And if you already got your iPhone 3G, 3GS or 4 or an iPod Touch 2nd (2 years ago, with the built-in speaker), 3rd (last years model) or 4th generation (the latest one announced last week), you can download iOS 4.1 now.

Just as a recap, iOS 4.1 offers a bunch of new features to iOS 4, including Game Center (Apple’s mobile gaming network, kinda like Xbox Live), HDR photos, and iTunes movie rentals for $0.99 as well as mobile access to Apple’s iTunes Ping music social network (both of these are in the iTunes store app). We’ve got iOS 4.1 running on our iPhone 4 here, and while a lot of iOS 4.1 is minor updates (it is after just .1 update not iOS 5), we really are liking some of the new additions like HDR photos. If you use your phone (or now iPod Touch!) to take a lot of on-the-go photos, you’re going to really appreciate this, and as you can see below, it really makes a difference. 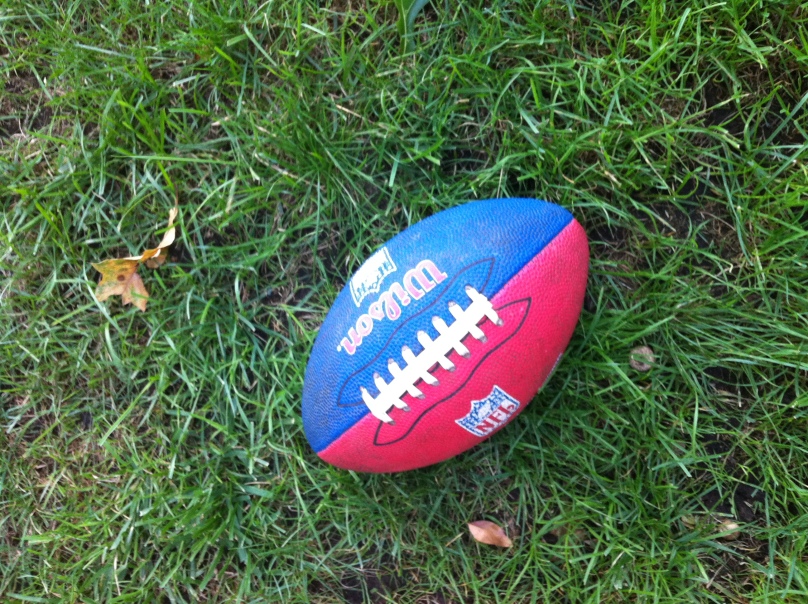 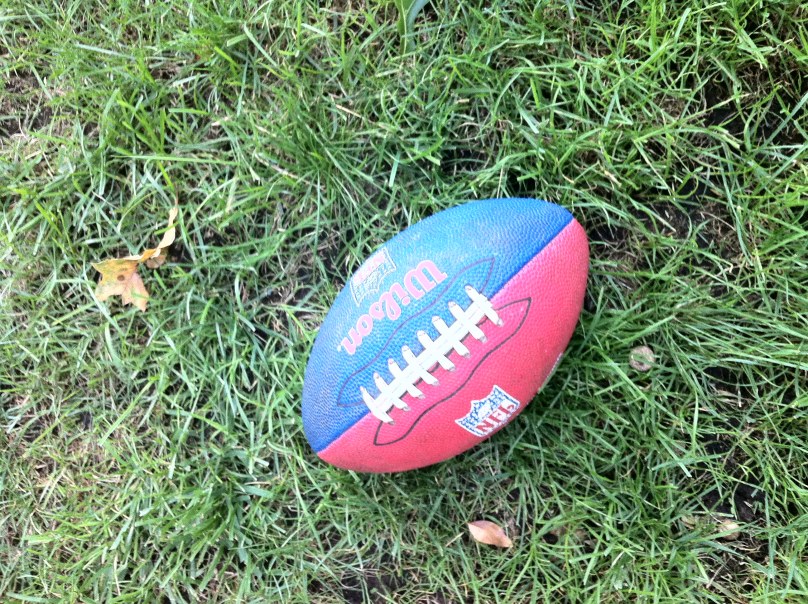 iOS 4.1 HDR– pic on left with HDR, on right without

So did you get a new iPod today or download iOS 4.1? If so, what do you think? Let us know your thoughts in the comments.

Thinking of Getting that New iPod Touch Free With a New MacBook? Think Again 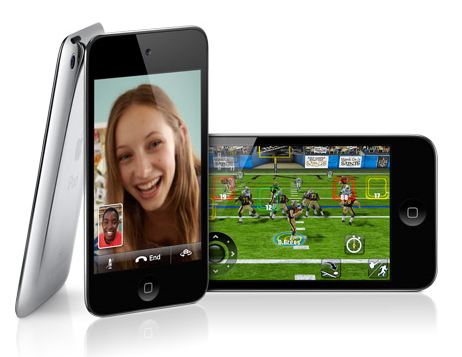 Thinking of trying to use Apple’s back-to-school deal (which runs until NEXT Tuesday, September 7th) to snag that brand new iPod Touch or Nano for “free?” Think again. We were searching around Apple’s site to see what the deal was with the new iPods and the back-to-school deal, and sure enough, we found this little line on the deal’s Terms and Conditions page:

Please be advised that Apple announced new iPod models on September 1, 2010. These new iPod models are NOT ELIGIBLE for the Back to School promotion. Rebate claims submitted in conjunction with these new products will not be honored.

We can’t say we’re too surprised about this (I mean, it doesn’t make sense on a whole bunch of levels for Apple to put the new iPods into this deal), but yeah, if you want one of those new iPods you’re going to need to actually buy it.

Posted in Apple, Back to School, Mp3 players and iPods

We know today was going to be a big day for Apple, and boy did they not disappoint. Apple gave the pretty much the whole iPod line a refresh (except for the Classic which appears to be on its last legs)– and all look really, really nice. We got the whole round-up and breakdown of what you need to know about Apple’s Fall Event after the break, so read on!

END_OF_DOCUMENT_TOKEN_TO_BE_REPLACED 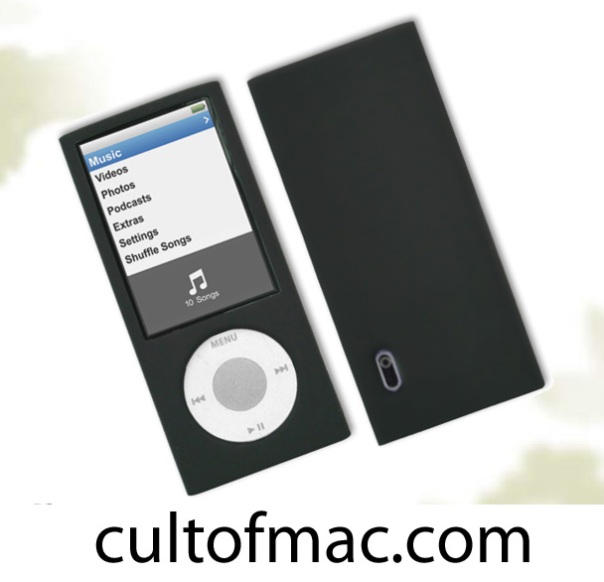 The new iPod Nano? Check out the camera hole on the the lower left of the back of the case

So new pix are popping up online today of case mockups for upcoming iPod Nano’s and iPod Touches. These type of images seem to leak out around this time, as Apple usually updates their iPod line in September (like they did last year), right in time for the Back to School and the holiday shopping season. What’s really different about this year however, is that the pix seem to confirm some rumors that have been floating around the web for a while now– the iPod Nano and iPod Touch will be getting cameras.

Yes, your reading that right– digital cameras coming to the iPod Nano and iPod Touch. The pix (the iPod Nano one above and the iPod Touch below), are from Cult of Mac.com and come from numerous Chinese case manufacturers (which kinda would make sense as the manufacturers would need to get this type of info from Apple long ahead of time in order to make the cases ready for the inevitable launch. Also just another proof of this possibly being true– Apple recently placed an order for a whole boat load of camera parts which were said to be made for upcoming iPods).

Now how powerful these cameras are we don’t yet know (like how many megapixels they’ll have and if they will shoot video like the iPhone 3GS. If I had to guess, it’d be about 3 megapixels– like the 3GS–  for both with the iPod Touch definitely getting video recording, and the Nano doubtful to get it, but I wouldn’t rule it completely out yet). There also should be bigger storage for both devices (probably doubling the current storage on all the models like they’ve done in previous years), and the Nano is said to be getting a slightly bigger screen (nothing significantly noticeable from what we could tell right now), and the iPod Touch might also be getting a mic. 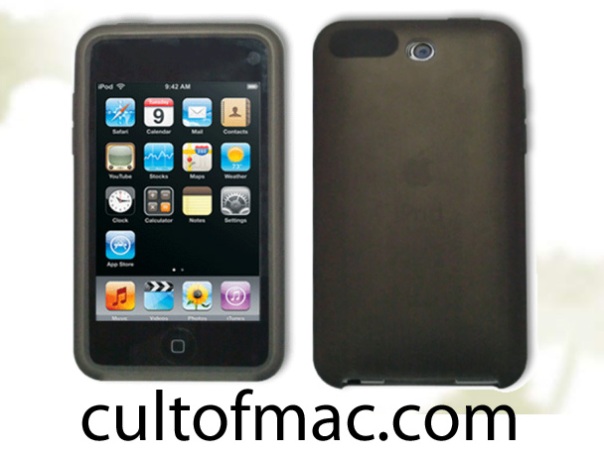 The new iPod Touch? Note the camera hole in the middle of the case

Remember, this for now is just a rumor, and Apple obviously hasn’t confirmed anything yet, so take this as you wish. We’ll of course keep you up to date on all of this as soon as we hear more.

Info and pix from Cult of Mac.com— you can see a whole lotta more pix at their site as well.

Zune line-up- 80GB is the tall one with the shorter ones being the Zune flash.

We know Apple will be hosting their “Let’s Rock” event next Tuesday, where new, updated iPods are expected to launch, but word now is coming out that Microsoft will be having their own rival event Tuesday, where they are rumored to be debuting new Zunes (Microsoft’s iPod competitor for those who don’t know– it hasn’t yet taken off quite like Microsoft would’ve hoped 🙂 ). Now why would we mention this? Well, couple of reasons:

While the Zune releases and updates may likely steal the spotlight of this Microsoft event, Microsoft is expected to talk more about– and possibly release– new “Blue Track” mice for your computer, allowing the user to use the computer mouse on more surfaces. Also anticipated are new webcams offering better videos and images.

Anyways, the big news here is the Zune, which will try yet again to take another shot at Apple’s thunder. So what do you think: what will it take you make you ditch your iPod for the Zune? 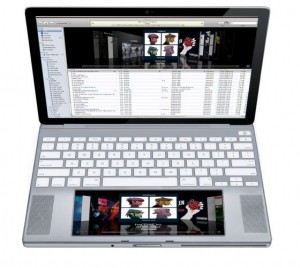 Yet…. Ok, I know that the headline sounds a little too extreme- but trust us, if you wait it will be sooooo worth it. What are we talking about? Click the More link to find out. END_OF_DOCUMENT_TOKEN_TO_BE_REPLACED

Yet…. Ok, I know that the headline sounds a little too extreme- but trust us, if you wait it will be sooooo worth it. What are we talking about? Click the More link to find out. END_OF_DOCUMENT_TOKEN_TO_BE_REPLACED